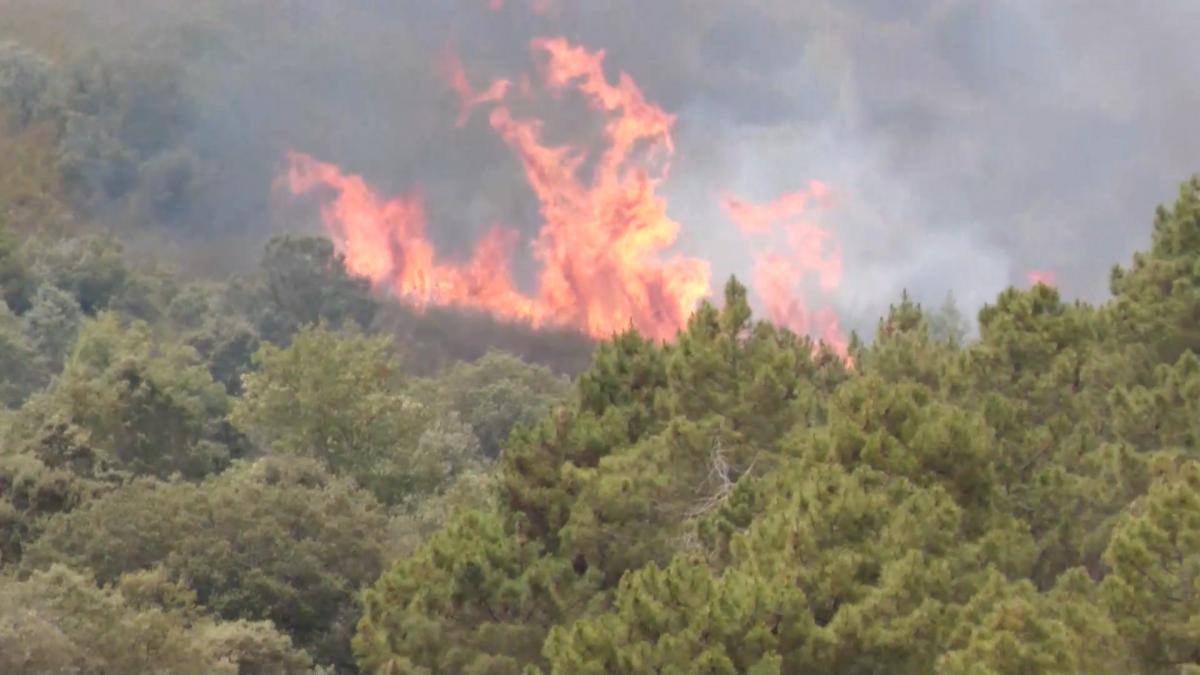 The flames continue to spread in Catalonia. The fire declared in the Pont de Vilomara has already been stabilized, although while the troops focused on putting out the fire, the flames were kindled in two more areas of Catalonia: in Manresa and in Lleida. It is precisely this last fire that is most worrying.

Two new fires have been declared in Catalonia in the last few hours. With them, there are already three active fires there. The troops focus their forces on the fire at Pont de Vilomara. Although this has already been stabilized, the flames are getting closer and closer to the houses. The neighbors have assured that they were “surrounded” and without escape because the fire advanced “very fast”.

Incinerated homes, burned cars and irreparably damaged structures are the images left by the fire at Pont de Vilomara. Around 200 residents have had to be evacuated and their homes have been destroyed. This fire has already burned more than 1,700 hectares.

The flames have surprised in two more areas of Catalonia while the troops stabilized the fire of the Pont de Vilomara. The new fire declared in Lleida is the one that most worries due to its difficult accessibility and the great potential of the fire.

The second new fire has threatened an industrial estate in Manresa. The workers of the polygon claim that “they were working and suddenly some flames appeared”. This fire, along with that of Pont de Vilomara, has already been stabilized by the troops.