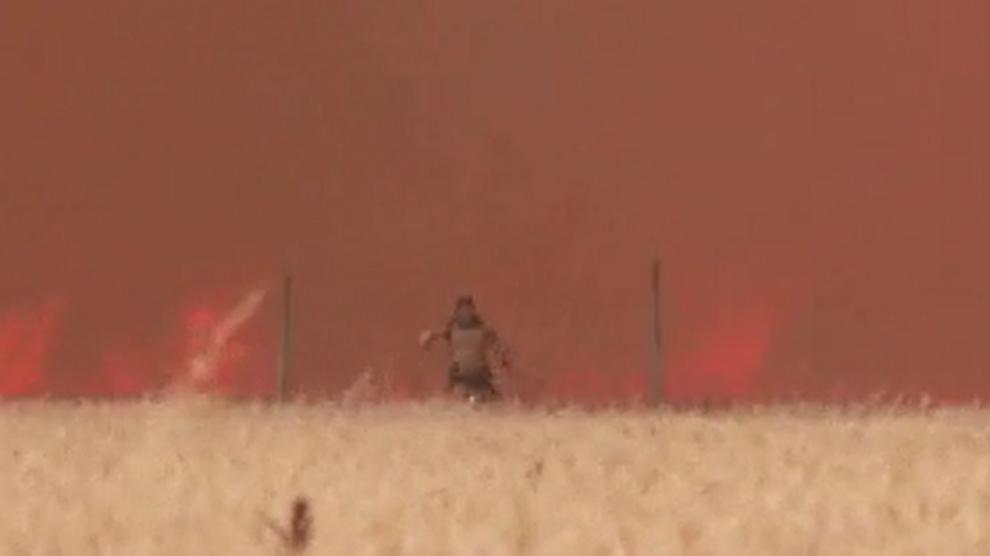 The Zamora fires are leaving dramatic images, the last one has occurred just a few hours ago. The virulence of the flames has already claimed two lives: a brigadier who worked in the extinction and a shepherd who left home to try to rescue his sheep.

Yesterday afternoon, the fire again showed its most damaging face. A worker who was part of Operation Infocal of the Junta was caught in the flames when he tried to build a firewall with his backhoe in Tábara.

The images are creepy and you can see the wind changing in a few seconds. At that moment, the worst thing happens. The man and the machinery are engulfed by the flames and the neighbors fear the worst.

Miraculously, he manages to get out, although he is exhausted: he has barely any clothes left and he wears fire on his back. However, a wire fence slows his advance. He tries to flee, but it is impossible. A brigadier sees him and runs to him to tell him where to escape.

Angel Martin has saved his life, but his body has been severely damaged. The 53-year-old operator, who was transferred in a serious condition to the Rio Hortega Hospital in Valladolid, has burns on 80% of his body. Angel almost gave up his life trying to save his people from the flames, and this has already made him the hero of Tábara.