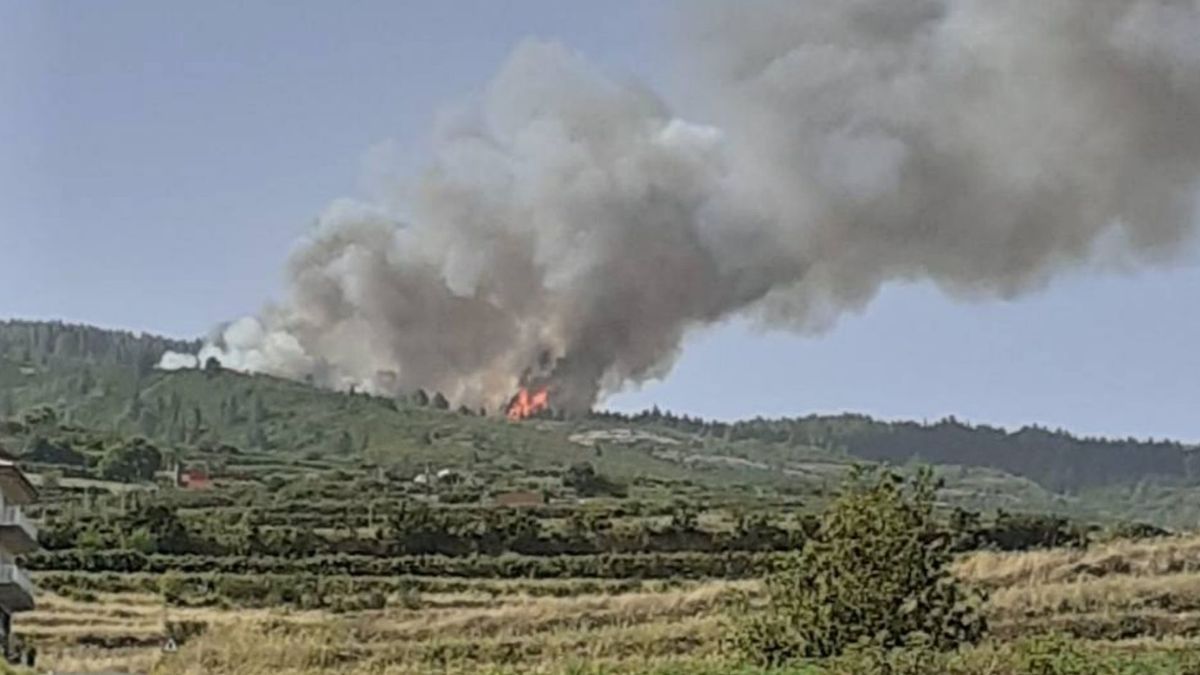 Spain continues to burn this Friday. Forest fires not only hit the Peninsula, but the terrifying fire hits Tenerife, in Los Realejos, which is advancing relentlessly and out of control. Images of the extinguishing equipment show the burning areas and the difficulty in accessing them. A hundred troops have moved to the area in order that the fire does not affect the inhabited areas.

The fire in the municipality of Los Realejos reached level 2 on Thursday morning, so they had to request the help of the Emergency Military Unit (UME) to carry out the work of extinction. More than 100 hectares have been burned and the flames continue to advance, key hours arrive to contain the fire and prevent it from becoming another monster of flames like the ones that the Pninsula is suffering. In addition, 91 people have been evacuated from their homes.

Firefighters face a serious problem to combat the forest fire, the terrain orography. The fire spreads at high speed and has already generated several secondary foci. ” It has passed through San Juan de la Rambla and is arriving with great force to the area of the Guancha”, exclaimed the former mayor of Los Realejos, Manuel Domínguez.

The difficult access to the land by the ravines is the biggest problem for the means of extinction. Also a problem are the abandoned farms and vegetation, which helps fuel the fire.

For the first time on site they have thermal drones to identify hot spots and thus intervene early in the morning in a more agile way. The next 48 hours are key to controlling the fire. ” We have to take advantage of Friday and Saturday, because we know that on Sunday the weather conditions are going to be very complicated,” said Torres.

By land participate fire fighting officers of the Cabildo de Tenerife, the Consortium of Firefighters and EIRIF teams of the Canary Islands based in La Gomera and BRIF of MITECO; security resources both Local Police, as well as the State Security Forces and the General Corps of the Canary Police and Civil Protection, Canary Emergency Service (SUC) and Red Cross.