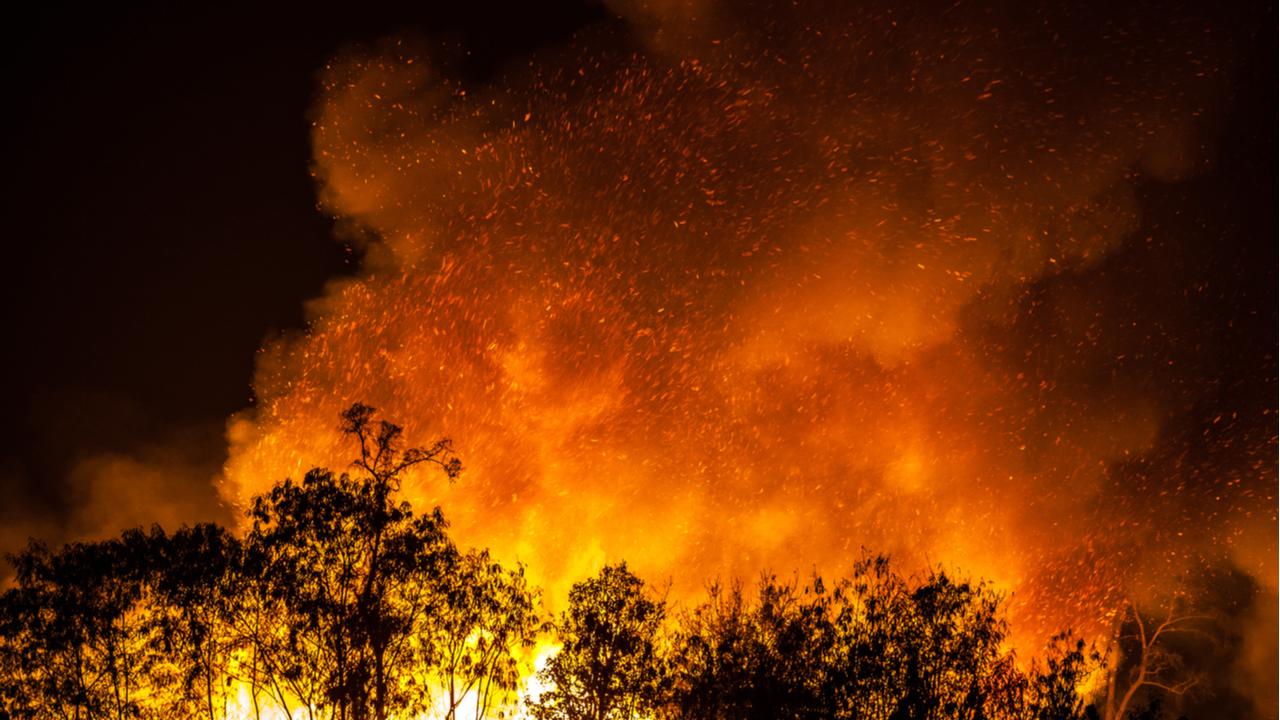 The Junta of Castile and León denounces the probability of a human origin, “intentionally or recklessly”, for the three new fires registered this Sunday in Vegalatrave (Zamora), Quintanilla del Coco (Burgos) and San Juan de la Nava (Ávila).

“The first indications indicate that the fires are not spontaneous, but that the man’s hand would be behind,” explains the counseling through a note.

People have had to leave their homes, many of them are now burning because the fire has already reached them.

Risk of extreme temperatures in much of Spain

Murcia and Huelva will be in red alert this Monday for maximum temperatures of 45ºC and 42ºC, respectively, which will be reached in the middle of the day while thirteen provinces will be in orange notice, as reported by the State Meteorological Agency (AEMET).

Almeria, Cadiz, Cordoba, Granada, Jaen, Malaga, Seville, Mallorca, Albacete, Tarragona, Alicante, Valencia and Gran Canaria will be in orange notice for values that will exceed 40ºC in the cases of the provinces of the Valencian Community and Andalusia, where you can reach 43ºC in Cordoba or 42ºC in Seville and Jaen. The other provinces will reach 39ºC.

Madrid City Council closes the Retiro Park with the aim of ensuring the safety of the greenest areas of the city. High temperatures can cause branches and trees to fall and Madrid has decided to prevent any kind of incident for these days. The alert has also affected eight other parks: El Capricho, Jardines de Sabatini, Juan Carlos I, Juan Pablo II, Quinta de los Molinos, Torre Arias, Quinta del Fuente del Berro and Rosaleda del Parque del Oeste.

Arrested a man accused of causing three fires in Tarragona

The Mossos d’Esquadra have arrested a man accused of causing the three forest fires declared on Sunday afternoon in the municipalities of Corbera d’Ebre and Mora d’Ebre, in Tarragona, reported the Generalitat Police.

The three foci of the forest fire that broke out almost simultaneously in both towns were extinguished at around 11 p.m. The three foci were located in a radius of five kilometers between the municipalities of Móra d’Ebre and Corbera d’Ebre, in the vicinity of the river Sec, and could be stabilized quickly by the teams of the Firefighters who moved to the place.

They investigate the alleged perpetrator of the fire declared in Calanda and Castelsera (Teruel) where 43 hectares of trees and agricultural crops have been burned. The Seprona Team of the Alcañiz Company ruled out that it was a fire caused by natural causes so that, after collecting statements from neighbors and witnesses, one of them is investigated, that as an alibi he said he was on a trip the day the fire started.

The fire of Vegalatrave (Zamora) is controlled

The fire in Vegalatrave (Zamora) is currently without a flame in the front and flanks, according to Nature Castilla y León in the official Twitter account of the Board on fire matters .

According to the same sources, the night work has managed to put out the flames and there are bulldozers opening lines of defense in the perimeter.

The risk of fire foreseen by the State Meteorological Agency (AEMET) is still extreme in almost all of Navarre, although there are no meteorological alerts for high temperatures in the Autonomous Community.

In case of forest fire it is recommended, if it is small, to attack it by the base of the flames pouring water, earth or suffocating it with tree branches. It is advisable to move away from the fire through the areas most devoid of vegetation, down the mountain or on the sides. Never move upwards and always move in the opposite direction to the wind, not towards ravines or gullies without exit.

The operation of Infocal and UME has been able to control the perimeter during this early morning of the forest fire that affects the Abulense municipality of San Juan de la Nava (Ávila), due to good night weather. These are the first data offered by Nature Castilla y León on the morning of this Monday about the evolution of the forest fire that affects San Juan de la Nava in level 2, fruit of a reproduction of the occurred on Saturday in the same place and that was intentional.

Controlled the fire in Mijas (Málaga)

The fire that affects an area located next to the AP-7 in the municipality of Mijas (Malaga) has been controlled about 02.00 hours this Monday. Through his Twitter account, the Infoca points out that 14 forest firefighters and two fire trucks are still working in the area to completely extinguish the flames.

The major forest fires that have been raging in Galicia for ten days remain active. The fire in Carballeda de Valdeorras (Ourense) evolves favorably and has been considered stabilized in recent hours, according to the latest report of the Conselleria de Medio Rural.

Among them accumulate about 30,000 hectares burned. Thus, the main novelty reported by Medio Rural is the fire recorded in the parish of Riodolas, in Carballeda de Valdeorras, which was given as stabilized at 20.33 hours this Sunday.

Control of the fire in Puebla de Don Rodrigo, in Ciudad Real

The forest fire is declared to be controlled in the municipality of Puebla de Don Rodrigo (Ciudad Real), as indicated in the Fidias Forest Fire Information System.

One air vehicle is operating in the area, with 1 person; 5 land vehicles, with 19 people; and 3 additional internal personnel. The fire began at 14.48 hours this Sunday and was detected by the Emergency Service 112, being an agricultural fire.

The forest fire in Tenerife is stabilized

The forest fire in Tenerife is stabilized, as after tonight’s work the affected hectares and the perimeter have not increased. The president of the Canary Islands, Angel Victor Torres, reported on Monday after the technical meeting coordination of the means of extinction deployed to fight the fire originating in Los Realejos, San Juan de La Rambla, La Guancha e Icod de los Vinos that, However, the fire is still active and is not controlled at the moment.

The Minister of the Interior, Fernando Grande-Marlaska, has travelled to Burgos to visit the operation and the troops fighting to put out the flames in the fire in Quintanilla del Coco.

The fire was declared early Sunday afternoon near the Sabinar del Arlanzón and the Desfiladero de la Yecla. At least 500 people had to be evacuated in Santibáñez del Val, Santo Domingo de Silos, Carazo, Villanueva de Carazo, Hacinas and Castroceniza.