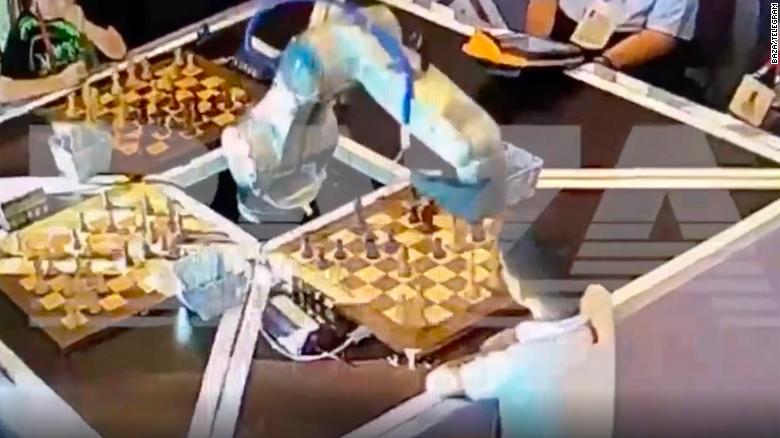 A robot broke the finger of a 7-year-old boy whilst playing chess. The scene happened at the Moscow Open in Russia last week. The little one made a very fast move and “confused” the robot.

The machine ran its speed movements. However, the boy’s speed caused the robotic arm to fall on the small player’s hand in one of the plays.

“The robot broke the child’s finger. It had been used in many other exhibits without problem. The boy made a move and, after that, we have to give time for the robot to respond, but the boy hurried, the robot grabbed him. We have nothing to do with the robot, we just rented it,” explained the president of the Moscow Chess Federation, Sergey Lazarev, to the news agency ‘TASS’.

The boy, one of the 30 best chess players in Russia in the under-9 category, resumed his game the next day. As a consequence after the chess game, he had to have his finger put in a cast.

Volunteers helped him record his movements due to the cast. The robot had previously played three other games on the day of the accident. The parents of the child consider to denounce the owners of the robot.

“Robot operators will have to think about strengthening protection so that this situation does not happen again,” Lazarev said.

The vice president of the Chess Federation, Sergey Smagin, said that “there are certain safety rules”, but that the child “violated them”. ” When he made his move, he didn’t realize he had to wait first,” he said.