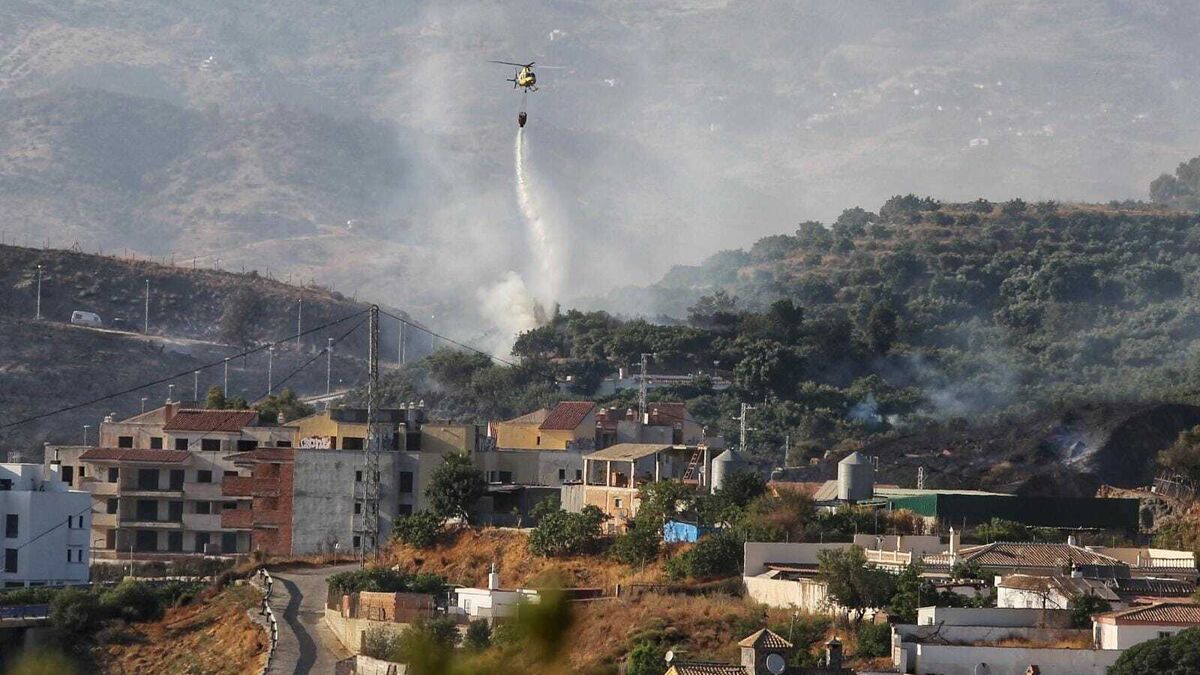 During the afternoon of Tuesday, three new forest fires have been declared in the province of Malaga. These correspond to the towns of Estepona, Benahavís and Mijas, the latter being the most worrying, since the flames have reached some homes. The Infoca Plan troops and local firefighters are already working on its extinction.

The forest fire in Mijas has been declared in the area of La Majadilla del Muerto. Carmen Casero, delegate of the Andalusian Government in Malaga, has launched level 1 of the Emergency Plan for Forest Fires due to the progress of the flames.

The fire has caused several houses to be evacuated in Cala de Mijas, reaching some of these houses and forcing the inhabitants to abandon them.

To extinguish the flames have been mobilized, so far, six air troops, among which are two cargo planes on the ground, a light helicopter, a light-weight helicopter, a Super Puma helicopter and a Kamov, as detailed in the message posted on Plan Infoca’s Twitter account.

In addition, to put out the fire, the third in Mijas since this wave of fires began, 90 forest firefighters, four operations technicians, three environmental agents, an extinguishing technician and five fire trucks are working.

The other two fires declared are of a smaller caliber. The first to be reported was that of Estepona, very close to the industrial estate. Six air assets and a total of 49 ground assets have already been deployed in the area, in addition to a fire engine.

The mayor of the town of Malaga, José María García Urbano, has requested “a lot of caution”, through his Twitter profile, to citizens. It has also urged them to follow the instructions of the authorities and professionals and to avoid “unnecessary travel”.

On the other hand, the fire declared in Benahavís, in the area of the Guadalmina River, is the least worrying and, therefore, in which much less effort is needed. Right now, only two air and 24 ground assets, plus a regional command team, are carrying out the extinction tasks.

For now, the Infoca Plan qualifies as favorable the evolution of the fires in Mijas and Benahavis.