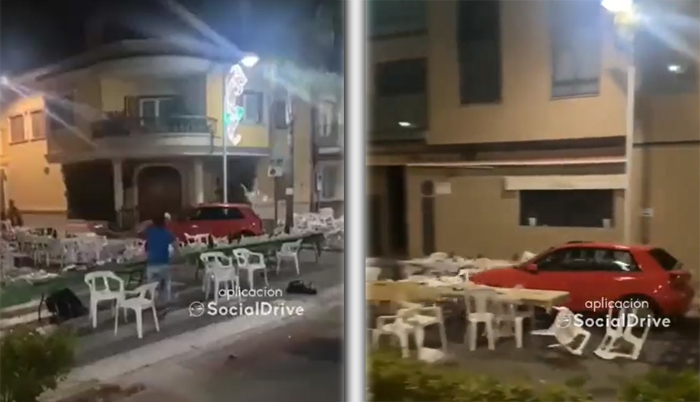 A car drove into a terrace in the Valencian municipality of Monstserrat. The events occurred in the early hours of Sunday, around 06:00 in the morning, when the driver of the vehicle entered at high speed into a pedestrian street in the town where the affected terrace was prepared for a celebration in the village.

Tables, chairs and stools. The red car took out everything in its path without slowing down.

The neighbors, surprised, feared that the driver would run over a passerby. However, thanks to the information provided by the authorities, no victims have been confirmed. By that time of night, the party had ended and, fortunately, there were hardly any people on the street where this incident occurred.

The Montserrat Local Police, which has already opened an investigation, have managed to identify the registration number of the vehicle involved, in addition to locating the perpetrator.