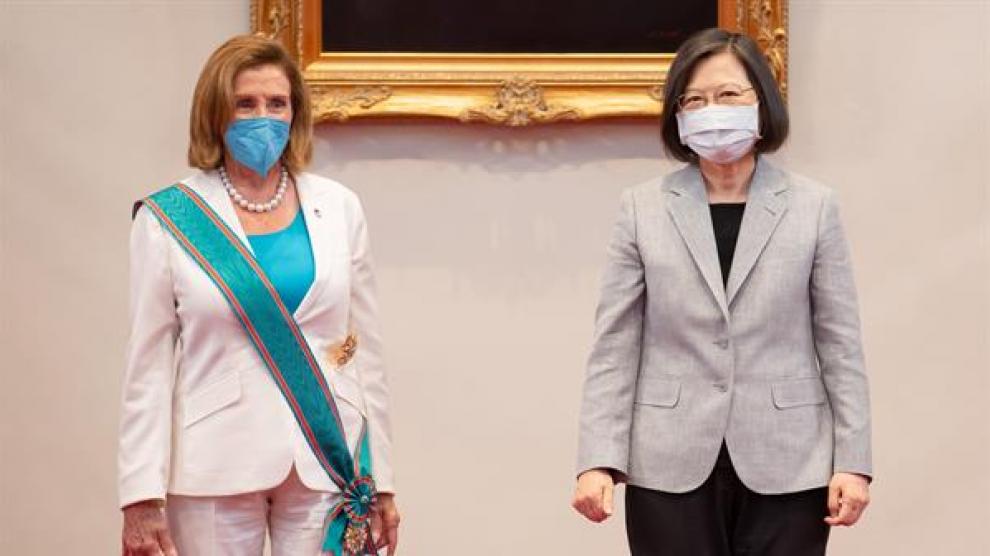 The United States and China reach maximum levels of tension, never seen between the two countries, and they begin to remember the hegemonic dispute that the Americans had with the extinct Soviet Union at the time of the Cold War. The arrival of the president of the American House of Representatives, Nancy Pelosi, to the region of Taiwan, has caused enormous anger in China, which has begun to carry out military maneuvers very close to Taiwan.

Several Chinese tanks have been observed on a beach near the Taiwan border, where Nancy Pelosi has met with the region’s president, Tsai Ing-wen, to assure her that the United States “will not abandon its commitment” with the Taiwanese, in what is a declaration of intent towards China’s threats, increasingly enraged by what it considers an American meddling in the region that they claim since 1949.

Russia and Iran have positioned themselves on the side of China, calling the United States a “provocateur,” but Democrats and Republicans are supporting Nancy Pelosi in her own country almost unanimously. In fact, great political rivals of Pelosi, such as Mike Pompeo, former Donald Trump’s Secretary of State, offered to accompany her on her trip and told President Joe Biden not to strongly support Pelosi’s visit to the island.