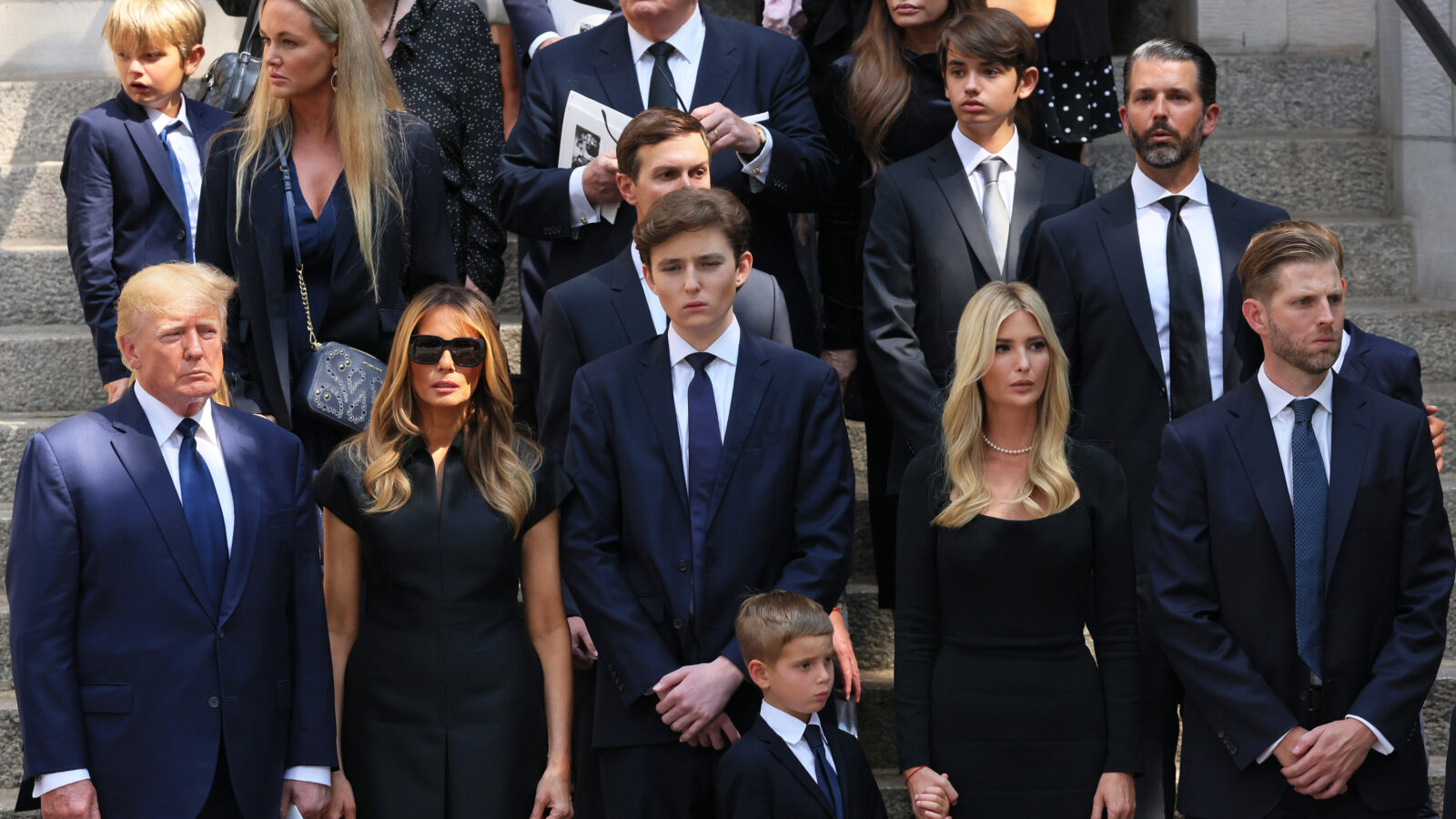 On July 14, the death of Ivana Trump, the first wife of former President Donald Trump, and with whom he had his first three children, Ivanka, Donald Jr. and Eric. Although a natural death was initially noted, it was later clarified that the cause of death could have been a fall down the stairs, and that this would have immediately caused her death.

A few days later, the funeral of Ivana Trump was held, where the former president attended with his wife Melania Trump, and in the company of all his children, both the three that he had with her, as the other two that he had in his subsequent marriages (Tiffany Trump with Marla Maples and Barron Trump with Melania Knauss). The funeral left an image in which there was a remarkable sadness among those present, including Donald Trump himself.

Now, it has been known that the tycoon’s first wife has been buried in a place of the least expected: a golf course. Specifically, she has been buried in the first hole of the Trump National Golf Club, located in the state of New Jersey. The big question that more than one has been asked is why Ivana Trump has been buried there. And it has nothing to do with Donald Trump’s passion for golf.

The Trump family has asked to reclassify the golf course grounds into a nonprofit graveyard company, which automatically nullifies the tax obligation under New Jersey state law. Numerous American newspapers had already reported in past years on Donald Trump’s intentions to build a cemetery in which all the people of his family, including him, would be buried when they died.

However, the fact that Trump has requested to reclassify the land on one of his golf courses leaves open the question of whether justice will take action against him or investigate him for attempting to evade taxes.