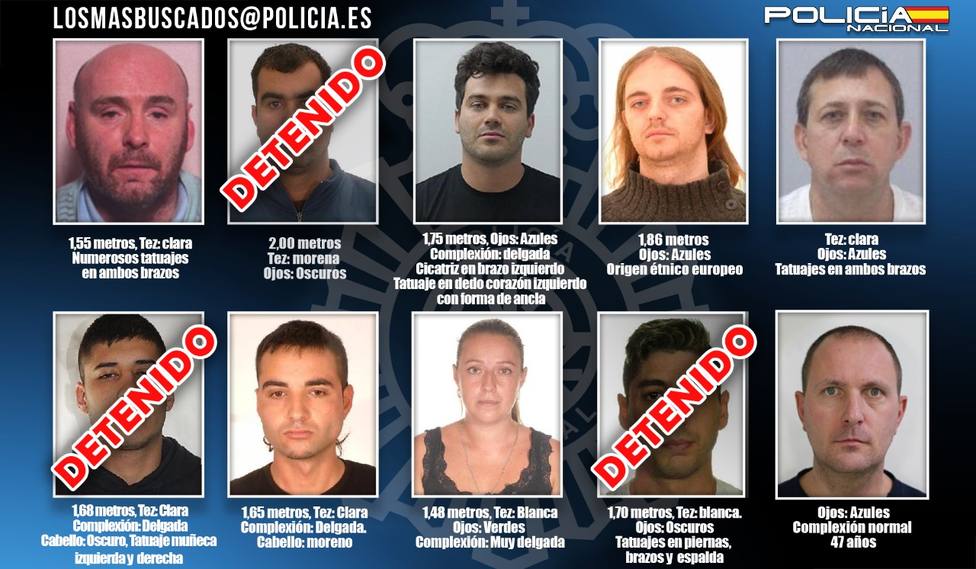 The National Police have arrested Diego Darío González Ghersi, one of the fugitives who are on the list of ‘The most wanted’, in the town of San Juan de Alicante. This man had a warrant of arrest and imprisonment in effect after being convicted of sexual abuse.

Last June, after being added to the list of ‘The most wanted’ of the National Police, the agents received various information that could place the wanted man in the province of Alicante. The agents have made different efforts to find his residence in the San Juan area and, according to the National Police, it has been “extremely difficult” because he had a great physical change to avoid being recognized. He grew a beard and long hair and dyed it blond, also used colored contact lenses, insoles to fake his height and got tattoos, so that he could hide the ones he had before.

In addition, he moved house on a recurring basis and worked in low-skilled jobs to live without drawing much attention. This man has been a fugitive from the Spanish justice system since last February, when he was sentenced to prison for sexual abuse.

We have to go back to 2008 to know all the facts about this man. It was in this year that the wanted man abused his daughter, who was 5 years old. According to the complaint filed by his previous partner, the girl was sad and reluctant to spend weekends with her father, who played movies with pornographic content.

The girl said that she had been touched in her private parts, both above and below her clothes, even when she was naked. Besides, her father told her it was a secret she shouldn’t reveal to anyone.