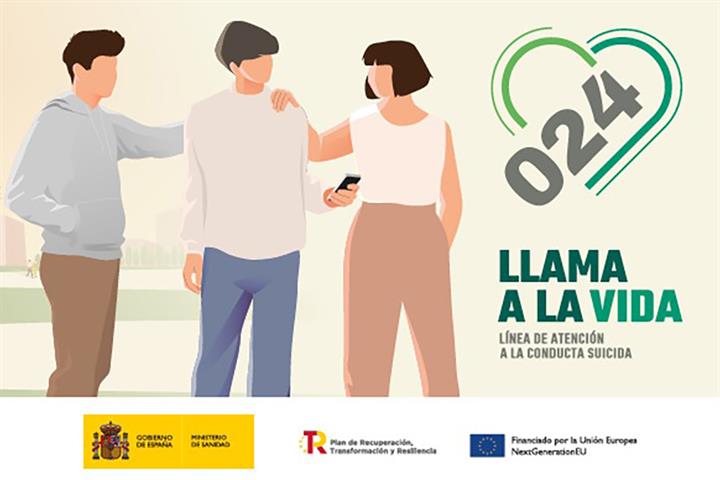 Just today is four months since the suicide prevention phone was launched. Since 10 May, 024 has answered more than 34,000 calls and intercepted 585 suicides, according to data provided by the Ministry of Health.

The 024 suicide hotline has only been operational for four months but has already made nearly 1,500 referrals to 112 emergency services and has identified a total of 585 suicides in progress.

With these figures from the Suicidal Behavior Hotline launched by the Ministry of Health under the slogan ‘Call to life’, it is intended to take data of the impact and consequences of this phone as a way of helping people with suicidal thoughts.

According to the Ministry’s figures, the telephone currently handles about 300 calls a day. This telephone line is operational 24 hours a day, seven days a week and every day of the year.

Calls to 024 are free, accessible, immediate, confidential and are attended by experts, with the aim of providing support to persons with suicidal behavior, family members and relatives and intervening, if necessary, in complex situations of high risk.

This telephone for suicide prevention is part of the Mental Health Action Plan 2022-2024, which was approved by the Interterritorial Council of the National Health System (CISNS) on 11 May and is endowed with 100 million euros of budget. On 1 August, the Council of Ministers approved the proposal for territorial distribution for the 2022 budget year of 16 million euros for the Mental Action Plan and the agreement will be submitted to CISNS.