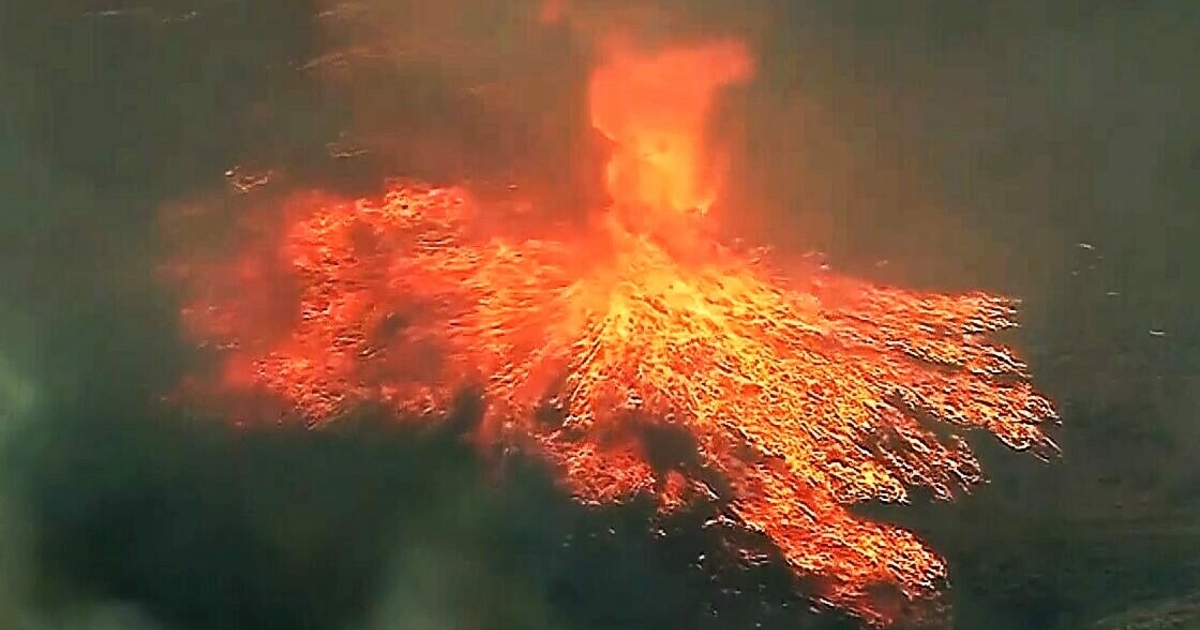 A tremendous event has been seen in the state of California, in the United States, which is the hardest hit by fires across the country. The wind, which has been an enemy for firefighters fighting the flames, has caused a spectacular and terrifying natural phenomenon, which has been a fire tornado that has risen several meters high, and it almost looked like a classic image of a volcano erupting instead of a forest fire, like the many that are currently there.

The fire tornado has left an impressive image, being able to see how almost all the orange color covered the field and part of the sky, amid fires that have already burned more than 22,000 hectares in just a few days in California. Society, shocked by this event, continues to ask for urgent help to put down the flames, which are destroying the forest part of the state, and that puts in check all the emergency services.

The President of the United States, Joe Biden, has declared the ‘climate emergency’ in the country, plunged into a serious crisis by the fires, which are hitting the West Coast, and that continues without giving a break to California, state that traditionally tends to bear the brunt. However, its governor, Gavin Newsom, is being highly praised by the residents there, who consider that he is doing a very remarkable management given the dramatic circumstances that are making them live through.

On the other hand, the Senate approved last Sunday the climate law of Joe Biden, which has given him a break before the next legislative elections, which are held in the month of November, and where Biden plays the second half of his term. Although Democrats now control both the House and the Senate, Republicans aspire to gain an absolute majority, Biden’s agenda would be marked for the next two years by constant negotiation with the Republican Party.