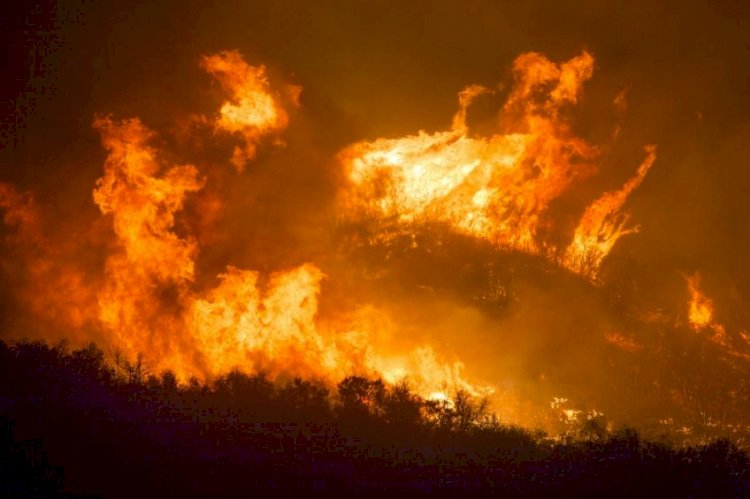 The fires in Spain do not rest or give rest. This Wednesday a new fire began, this time in the Cáceres town of Sierra de Gata. The flames, which have reached 12 meters in height, have forced to evacuate a total of 500 residents of the municipality of Torre de Don Miguel.

Among those evacuated is a nursing home and a children’s camp. The fire started last Wednesday afternoon and spread very quickly and with a lot of virulence.

It is a very powerful fire, with flames that have reached 12 meters, as you can see in the videos shared by some of the fire-fighting bodies. Right now, the causes of this fire are being investigated, although everything points to it being intentional.

The neighbors look with fear and worry at the fire that has forced them to leave home. ” It is irrespirable, flames of 10 or 12 meters high,” says one of them, “when I went up to the terrace of my house I saw that it was not red, but maroon,” says another neighbor.

Meanwhile, the Forest Fire Control Plan of Extremadura (Infoex) continues to carry out the work of extinguishing the flames, which are still active and in situation 2 of danger.

To end the fire, a total of 120 fire-fighting units are working, including 14 aerial vehicles, 7 ground units, 4 heavy machinery, 3 natural environment agents and 4 technicians, in addition to several support teams from the Military Emergency Unit (UME), the Brif, Sepei and the Red Cross.

All of these units are working to secure the perimeter and stop any reactivations of the fire.

On the other hand, extinction tasks are expected to be complicated by rising temperatures, which will cause mercury to rise to 35 degrees. In addition, the northern area of the fire is of particular concern, which could lead the flames to the province of Salamanca.