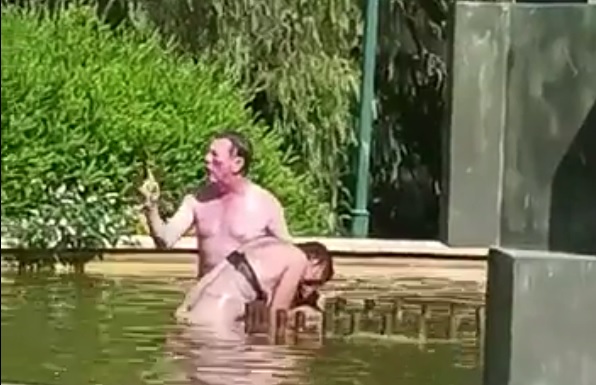 The people who witnessed the events were astonished at this situation. In the video they recorded, you can hear the assailant claiming that they tried to rob him: “Where’s my money?”. The man, who has been arrested, addressed the witnesses saying: “I do not forgive”.

Moments before, those who were there shouted: “Leave her, leave her!”. Before such images, other witnesses said: “call the police”, while they claimed shocked: “he is killing her”, “he was drowning her and he did not let her breathe”.

Following the arrest of the 52-year-old man, he has been brought before the courts on charges of attempted manslaughter. The detainee claims that the woman who he tried to drown was in cahoots with the man who stole his cell phone while he was bathing in the fountain. The man insists that the boy who was out of the water was going to take a picture with the mobile phone, but ran away with the phone.