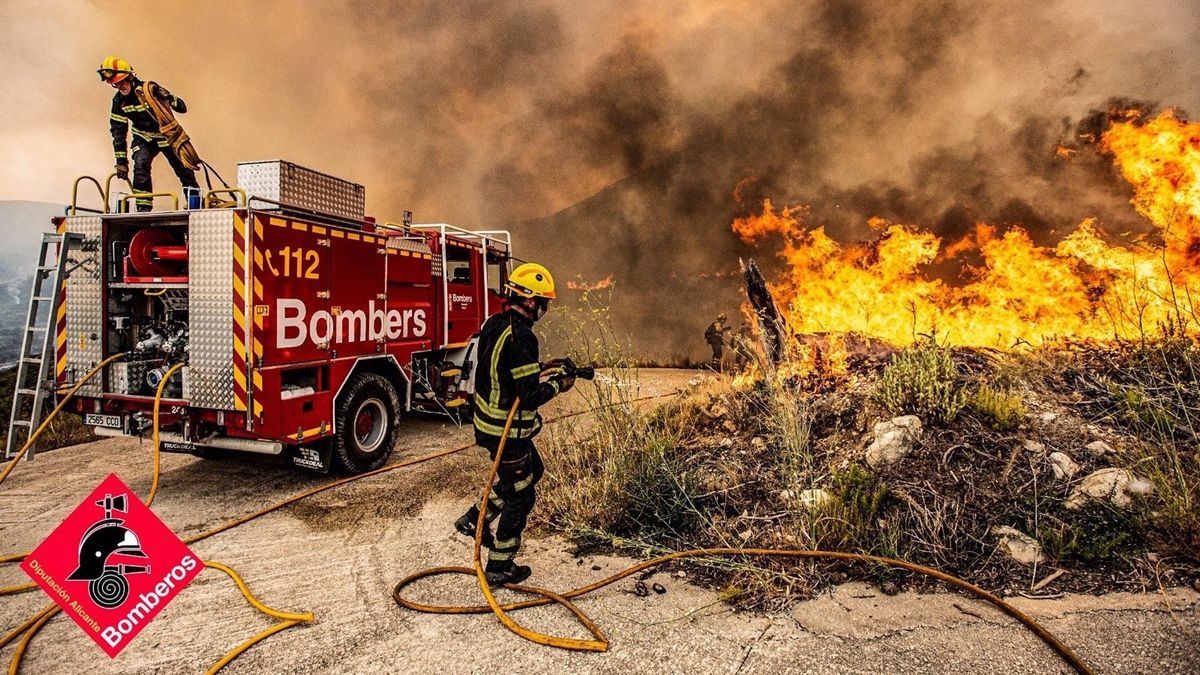 The fire in Vall d’Ebo, Alicante, remains out of control. This fire continues to be of considerable concern and has already forced the evacuation of nine localities. The air carriers continue to work during the day with the aim of controlling it. The perimeter of these flames is 65 kilometers, when yesterday was 50, and the burnt hectares already amount to more than 9,500.

This fire, caused by lightning, has forced the evacuation of almost 2,000 people. The neighbors were totally surprised by the flames, having to evacuate their houses “with whatever they had on”. Some of the fronts of this fire are very virulent. The fire is devastating an area of high ecological value.

The mountains inside the Marina Alta have been devastated after the fire and the autonomous communities of Murcia and Castilla La Mancha have sent reinforcement teams to try to put out the flames. The Consortium of Firefighters of Alicante reported that, to the 25 air vehicles operating in the area has been added one more from Murcia, being a helicopter with a helicopter brigade. This fire has already become the worst on record in the Valencian Community for 10 years.

The other fire in Castellón, that of Les Useres, has already razed about 350 hectares. The weather forecast for last night was favorable in both localities, with a lot of humidity, which makes it easier for the extinction work and for the troops to cool the ground.

Smoke from the fires in Vall d’Ebo (Alicante) and Bejís (Castellón) is spreading. The smoke generated by the flames is reaching Mallorca, as confirmed by the territorial delegation of the AEMET. As explained by the State Meteorological Agency, an intense southeasterly wind flow is blowing in both fires.