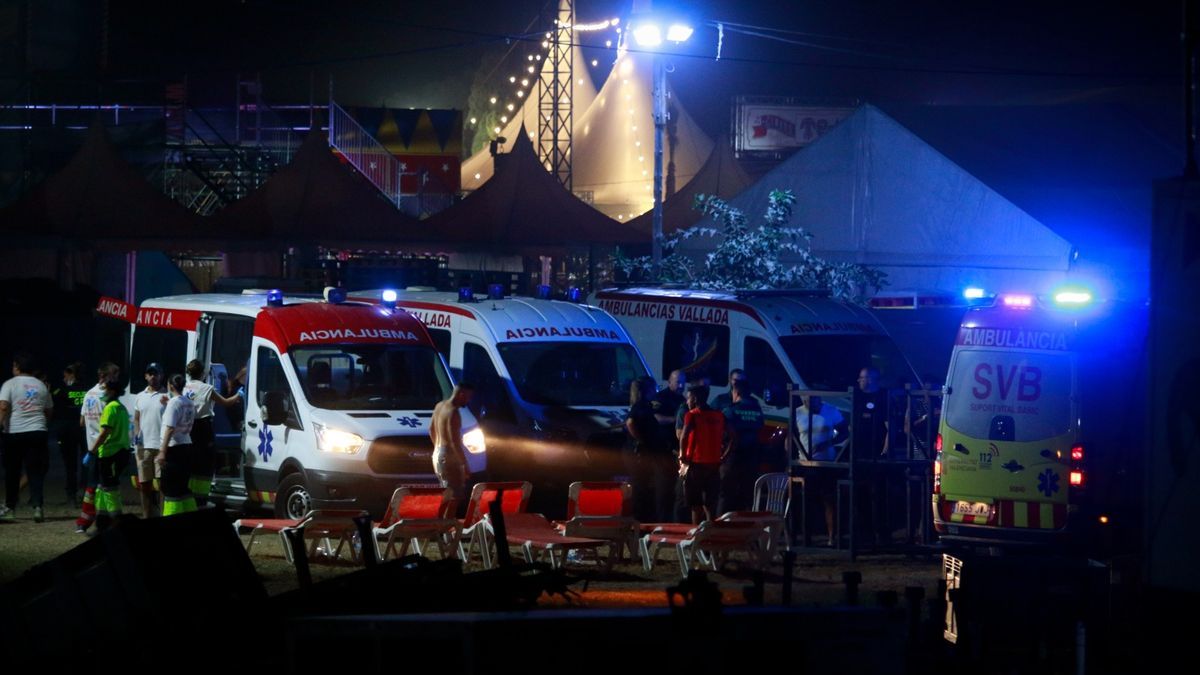 After the tragedy happened at El Medusa Festival held this weekend in Cullera (Valencia) where a young man died and dozens were injured, the management of the Medusa Festival has released a statement.

From the direction of the festival insist that the event had all the permits that were requested and complied with the established regulations. And they indicate that the collapse of the facility was due to an “unpredictable weather phenomenon”.

They also add that “along with the victims of what happened, we are the main ones interested in elucidating what happened, responding to the injured and identifying responsibilities if any”. The organization reiterates that it complied with “all the regulations contemplated in the laws and applicable to the celebration of this type of event” and that it had the approval of a security board that previously inspected the venue where the event would be held.

In the aforementioned security board held on the morning of 9 August, there were staff of the Government Delegation, municipal authorities and technicians. In addition, members of the Guardia Civil and the State Security Corps attended along with officials of the Violet Point and the security services of Medusa Festival. Therefore the organization argues that “according to the information available to the authorities and the organization of Medusa Festival, at no time was it foreseen that a virulent phenomenon could occur in the municipality of Cullera and surrounding localities that could endanger the integrity of the people present during the night of August 12, 2022 and the early morning of August 13, 2022”.

The communiqué also states that “the information we have at the moment is that the accident was due to an unpredictable weather phenomenon of devastating characteristics that caused numerous deterioration in the infrastructure of the Medusa Festival venue and in various elements decorative. Some of these elements caused damage to attendees of the event”.

The organizers of the festival assure that the decision to cancel the event was made after knowing the death of one of the attendees. ” The first reason that leads us to this determination is the opening of a judicial investigation on Saturday morning, in which the court orders perimeter areas of the precinct to investigate what happened. Secondly, out of respect for those affected by the accident and their families; the third reason is the weather forecast, which points to the possibility of a new thermal burst”.

They also report that the technicians of the City Council of the town of Cullera also advised against the continuity of the festival “until a further review of all technical installations is carried out by the Administrative Certification Body (OCA) and the technical teams of the assemblers themselves to verify whether, in addition to what has been established by eye, there were other elements of the enclosure that would have been affected”.

Moreover, they comment that “despite the ferocious phenomenon recorded, the structure was only slightly damaged when some decorative elements of a fallero monument were detached. The fallen pieces slightly injured a small number of attendees, “and remember that all the evacuees were provided mattresses in the pavilion of Cullera to be able to rest. ” They were provided breakfast, lunch and dinner during the time housed there, they have been able to make use of the locker rooms of the pavilion for their personal hygiene and a recharge area of mobile devices was conditioned”.

Finally they report that they continue working on “how to give solution to all the public that has not been able to enjoy the event we all expected” and warn that “everyone will have an answer in a few weeks”, so they ask “some patience in this exceptional and complicated situation”.