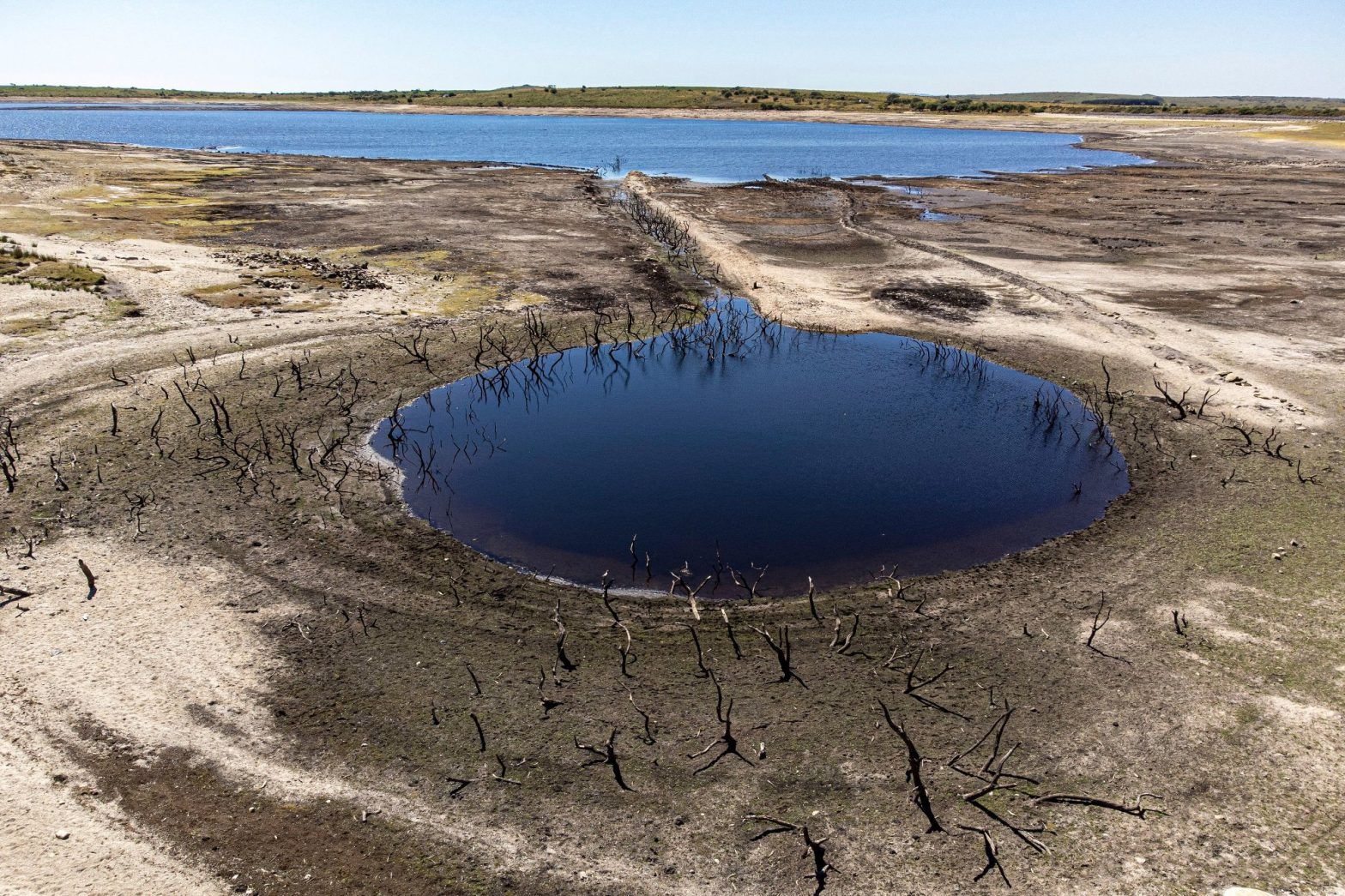 It has not been years since the UK experienced such a drought. The effects of low rainfall and high temperatures, which have exceeded 35 degrees in much of England and Wales, have had a drastic impact on the River Thames, which is drier than ever.

The drone view is alarming. In June, the UK was covered in green, less than two months later, what was once green has now become yellowish areas that predominate especially in the south and central England.

There is little grass left for the herds and the farmers assure that they have to feed the sheep “with winter rations, within 8 months they can only eat hay”.

The Secretary of State for Water, Steve Double, has also warned that the country is “experiencing a second heat wave after what was the driest July recorded in parts of the country”. In this regard he has confirmed that the Government is already taking measures, in cooperation with the Environment Agency, “to manage impacts”. ” All water companies have assured us that essential supplies are safe and we have made it clear that it is their duty to maintain those supplies,” added Double.

In view of this situation, the British Government has imposed a number of restrictions to prevent shortages, such as a ban on the use of hoses to water gardens or wash cars. In addition, some companies have also advised reducing the time of showers.

The situation is repeated in other countries of the continent. The European Drought Observatory has confirmed that 64% of the territory is currently affected by the lack of water. The flow of the River Rhine, the most widely used waterway in the European Union, is also extremely low. This is hampering one of the most important trade routes in Europe: “Currently there is a depth of one and a half meters, for boats is very little,” experts recognize. That is why Germany has already considered using the train as an alternative for freight transport.

The same is true of the Var River in France. It only covers the knee and the authorities have activated a crisis cabinet to address the historic drought. In Hungary they live the driest period since 1901 and in Italy it is possible to walk on the river Po: ”Before the water reached 3 or 4 meters now it must be 20 centimeters’, they detail.

In Spain the drought is suffocating reservoirs that are already below 40% of their capacity, the lowest figure recorded since the great drought that hit the year 1995.