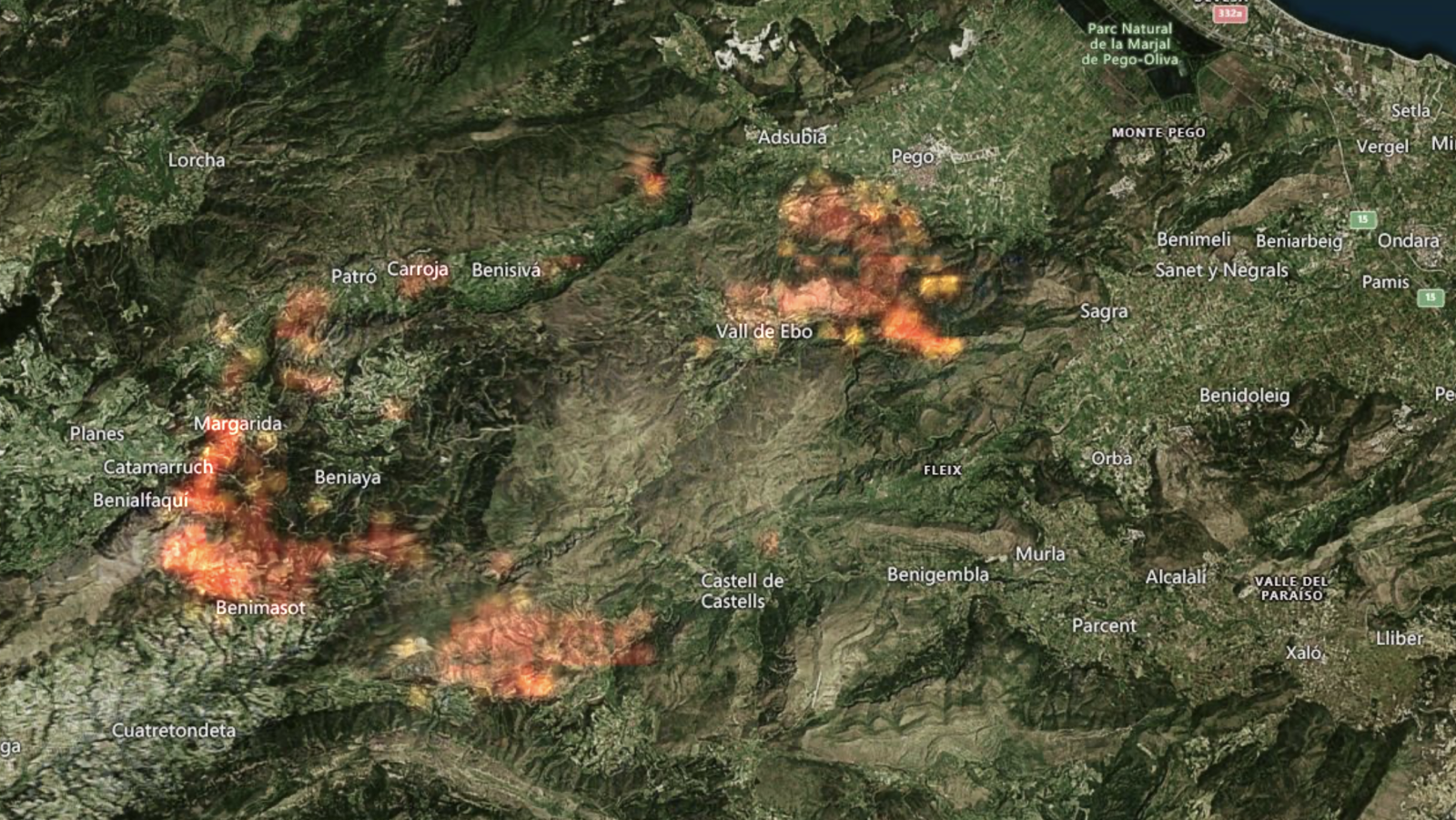 The fire in Vall d’Ebo, Alicante, has already destroyed more than 11,000 hectares. These flames are still uncontrolled and are advancing on three different fronts. The fire is one of the most worrying active fires in Spain right now, being the worst in the Valencian Community in years. In addition, the Emergency Military Unit has already been mobilized there.

The flames, which are spreading uncontrollably, are devastating an area of great ecological value. The fire has risen to level 2 of dangerousness is already closer and closer to the homes of the municipalities of Margarida and Pego. The road linking these two towns has had to be cut off. The extinction teams have worked all night to try to quell the flames that are devastating the landscape of Vall d’Ebo.

There are already 1,500 residents evacuated because of this fire. The majority thought: “we cannot be like this anymore, we need to go back to our homes”. After three days of intense flames, those affected claim to have seen many fires but none “at the height of this”, which has forced them to leave their homes.

This fire already covers 80 kilometers of perimeter and the animals escape as they can from the ground, since the surface not affected by the flames is diminishing. With more than 11,000 hectares burned, UME has mobilized and 140 Army troops are working in the area.

The high temperatures, the unevenness of the ground and the strong gusts of wind up to 50 kilometers per hour are the three main problems faced by the troops in their fight against the fire of Vall d’Ebo. This fire remains completely out of control and the troops wait for the rains scheduled for the next few hours to improve the situation and facilitate the extinction efforts.

The flames in Vall d’Ebo burn all the shrub and even invade the road where the UME is working. One of the Emergency Military Unit trucks passes through the road with great difficulty, cleaning the windshields while the heat and flames are felt very close.

EMU troops are engulfed in flames, completely surrounded. Finally, they manage to cross the road invaded by fire without having to resort to the reserve of self-protection of water that would insulate them from the fire.

UME continues to draw water from wherever it can with a pump, even from swimming pools. Forest firefighters and members of the Emergency Military Unit face the three fronts surrounding Vall d’Ebo. With a shovel in hand, the brigades try to stop the advance of the fire that, for the moment, remains completely out of control. During these three days, the flames have been fanned by erratic winds.

Because of the great danger that continues to be experienced in Vall d’Ebo, Alicante, an appeal has been made to all staff on holiday to help, as far as possible, to put out this fire.