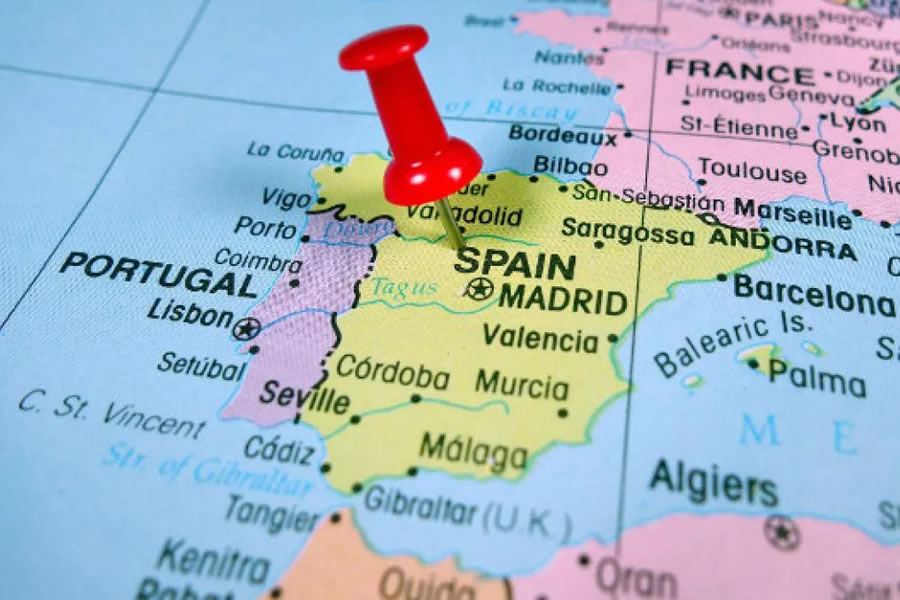 Summer is extremely dry in Spain. In July it hardly rained, which is surprising especially in some northern communities such as Galicia, where it fell less than 40% of the normal rainfall. This week, at last, the skies will bring some rain because of a trough.

This Tuesday, August 16, a new trough will arrive in Spain that will increase instability in the north, where there will be rains and showers that in the Cantabrian communities and the Pyrenees may be locally strong. This will bring temperatures down, as they did on Sunday and Monday, except for the Mediterranean area, where it has been and will continue to be quite hot.

Ruben Del Campo, spokesman for the State Meteorological Agency (Aemet), says that the change of weather will really come on Wednesday, when winds from the north will be quite fresh. On Wednesday the atmosphere will be cool, with temperatures about 5 degrees lower than normal for the season, and even 10 degrees below normal in some parts of the western half of the peninsula.

In cities like Salamanca or Madrid they will barely reach 26 ºC maximum. However, in the Mediterranean area and the Balearic Islands the heat will continue with maximum temperatures above 35 ºC.

This Tuesday there will be rains and showers that in the Cantabrian communities and the Pyrenees may be locally strong. The rains will intensify in the northern third on Wednesday and may be locally strong or persistent in the Cantabrian. In Catalonia they will be accompanied by storm, being able to become strong and go with hail, according to the forecast of the Aemet.

In the area of Levante and the Balearic Islands, showers or storms are possible, which will surely be strong and with hail in the eastern Iberian and northern Valencian Community. The Aemet will activate the warnings for rains and storms in points of Aragon, Asturias, Cantabria, Navarre, the Basque Country and the Valencian Community. On the shores of Barcelona and Tarragona the alerts will be orange level for significant risk.

In the rest of the country, on the other hand, we are less likely to see rain, although the clouds will reach many areas of the peninsular center. In the Canary Islands, cloudy intervals, more abundant in the north of the islands of greater relief, where there will be some rainfall, generally weak.