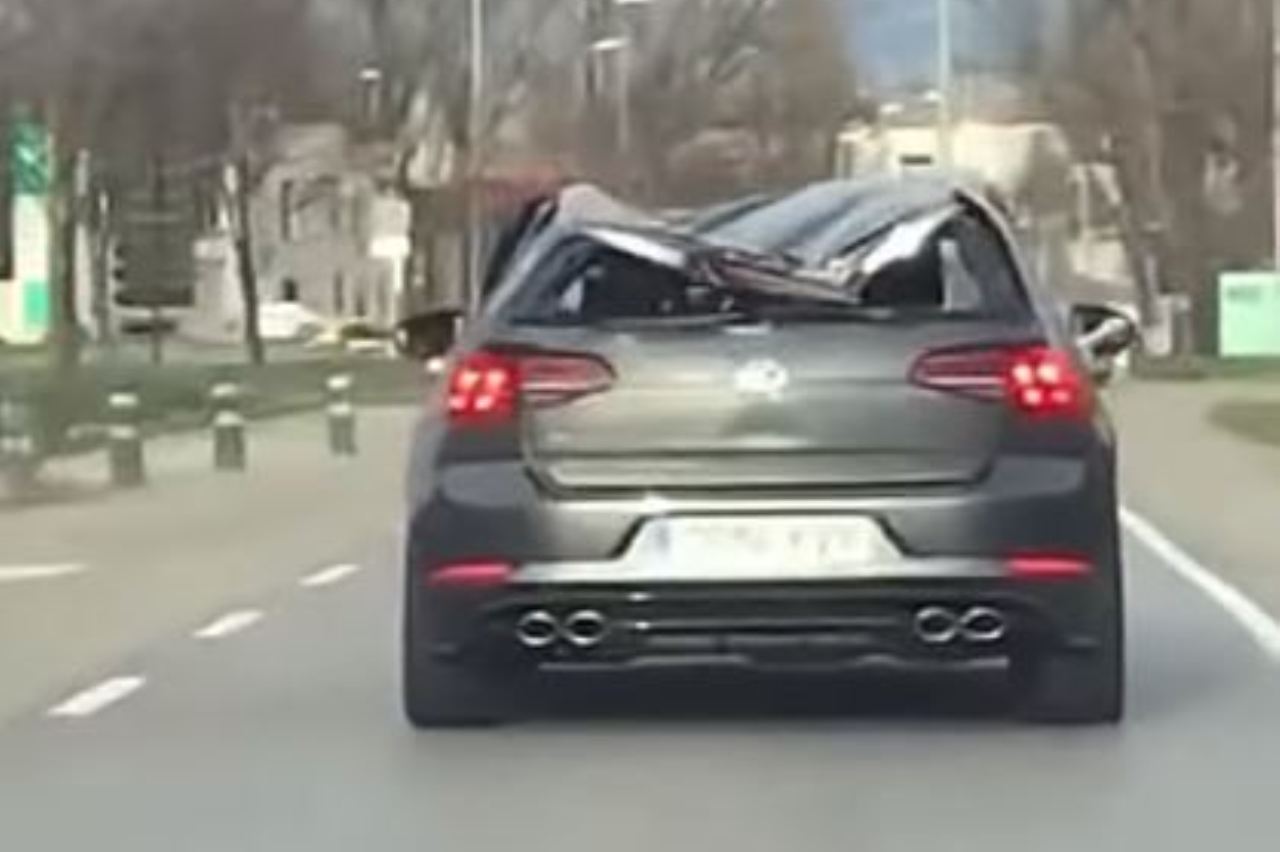 Social networks have become a means of disseminating content for their users. Thousands of videos, photographs and information are uploaded daily from anywhere in the world, and this makes it much easier for one of them to go viral.

With an unusual and striking content can be visualized by millions of people in a very short time, and this is what has happened with a video recorded on the roads of Barcelona.

One video that has circulated among users has been that of a vehicle, Volkswagen Golf R, circulating with the roof crushed apparently as a result of an accident.

The video was captured by another driver driving just behind the vehicle, as he observed in an unprecedented way the state of the car. The sinking of considerable size is located in the center of the roof of the body, and you can also see that the rear window has disappeared and the front door on the left side is partially open, at least in the window frame.

The reason for this large blow to the vehicle and the damage part is unknown, but it is sure that it will need many hours of work to be able to fix such a blow.