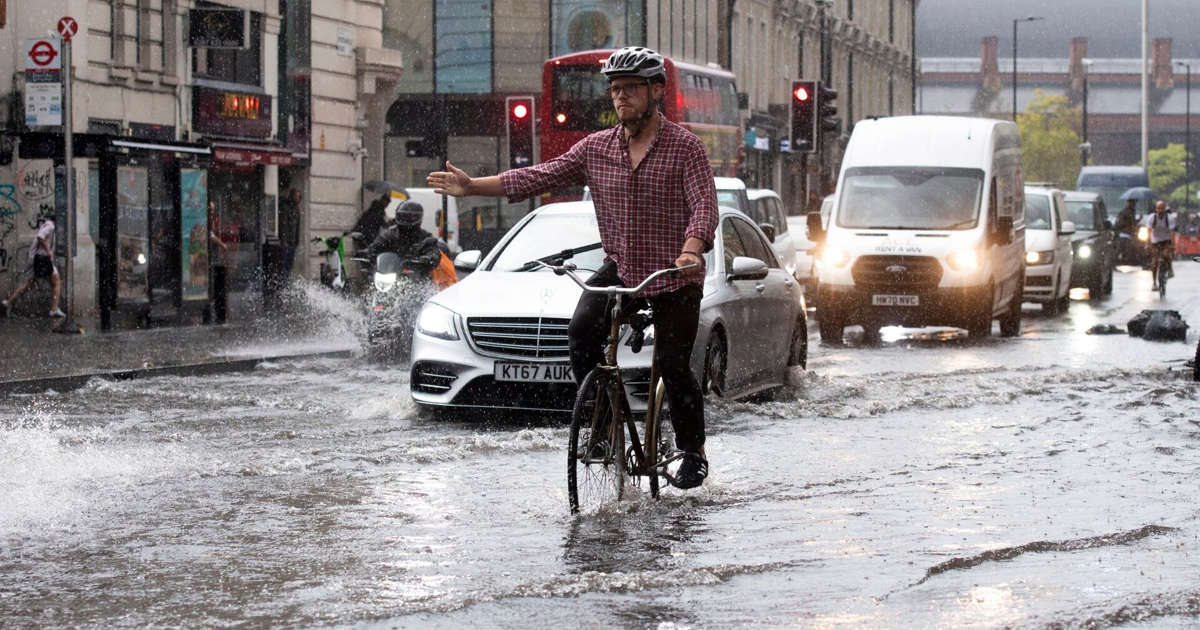 Almost a month ago, in mid-July, the European continent experienced a heat wave that reached temperatures never seen before, at least not since the meteorological measurements were recorded. In countries such as France, Spain and the United Kingdom, among others, temperatures reached 39 ºC and 40 ºC for the first time in history, resulting in declarations of state of emergency, forest fires, evacuation of people and other measures and events. Today, much of Europe is on storm watch.

In Italy, a strong storm hit the coast of Puglia, in southern Italy, and thousands of bathers had to flee the beaches quickly, some even sheltering in a cave. In Paris, in less than two hours, 46mm of rain fell. In addition, winds of up to 100 km per hour were recorded, according to the French meteorological service. The Parisians woke up this morning among branches and trees knocked down in their streets. They are on orange alert for storms and torrential rains have forced to close several metro stations. Among the Parisian stations affected by the water flows were those of Daumesnil, Alma-Marceau, Quai de la Rapé or Balard, said the metropolitan transport entity RATP.

In the south of England, they have experienced similar situations.

Experts say that these torrential rains are not good for fighting drought, even if it seems so. And the fact is, they say that “the soil is very dry, compacted and prevents water from filtering”, which is why in many cases, torrential rains often instead of solving, generate problems.