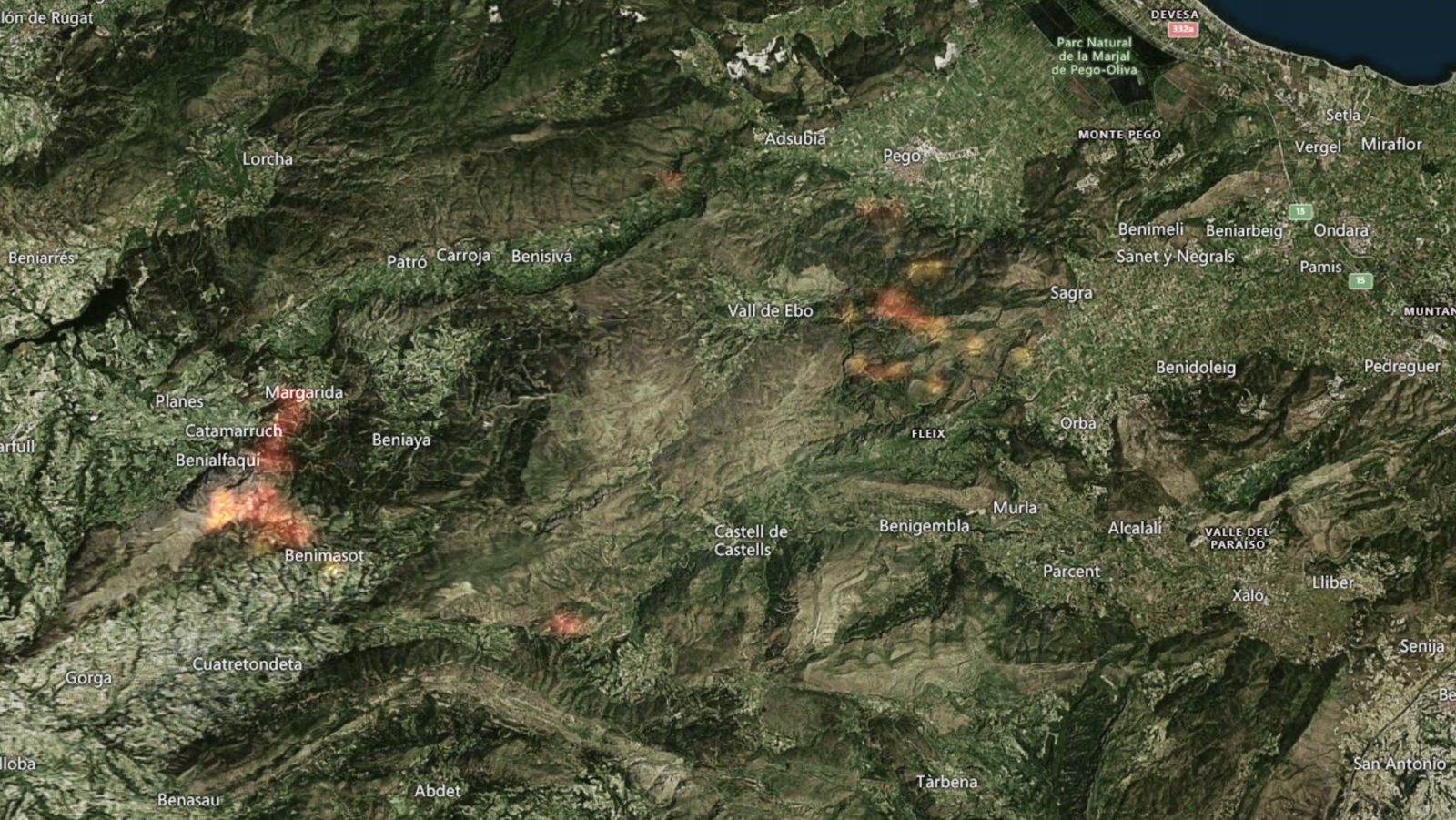 Humidity and temperatures continue to provide a break, although precautions remain. This fire has already burned almost 12,000 hectares of a place of great ecological value. Some of the 1,500 residents evacuated from 12 villages and urbanizations have already been able to return to their homes and the rest will be doing so today. Awaiting the evolution of the fire today, the troops worked yesterday afternoon cooling the area and removing fuel from where they believe the fire can be rekindled.

Hours later, hope arrived at the command post of the firefighters working in Vall d’Ebo. The drops began to fall and the humidity arrived, great allies to stop the flames. Thanks to this and the decrease in temperatures, the situation is much more hopeful and optimistic. Until now, the main engine of fire were high temperatures and low humidity.

Despite the favourable evolution, the troops do not relax. The probability is focused on thunderstorm, a fact that can rekindle the flames, since this fire was originated by lightning. Warming of the terrain is also a concern. Despite the rain, several hot spots remain. The air assets have already been removed and the fire has been perimeter.

So far, the front has not moved forward in the last few hours and the situation is expected to continue. If this happens, the fire is expected to stabilize during the day. At the moment there is no flame on any of the fronts and the fire “gives good signs”, but it is not yet considered controlled.

The president of the Generalitat Valenciana, Ximo Puig, sees today as “a decisive day” for the fires of Bejís (Castellón) and Vall d’Ebo (Alicante), due to rain, lower temperatures and humidity. In an interview collected by Europa Press, Puig explained that meteorology allows “34 operations in Bejís and 20 in Vall d’Ebo” to be destined this Thursday.

The Valencian president has assured that what concerns him most is the security and life of people: “the loss of natural wealth is enormous, saddens us and challenges us humanly, but nothing is comparable with the loss of a person or a life. What has worried me most in all this episode, which already exceeds an incidence of more than 20,000 hectares, is the life of people,” said Puig, referring to the two big fires that are lived last days in the Valencian Community.