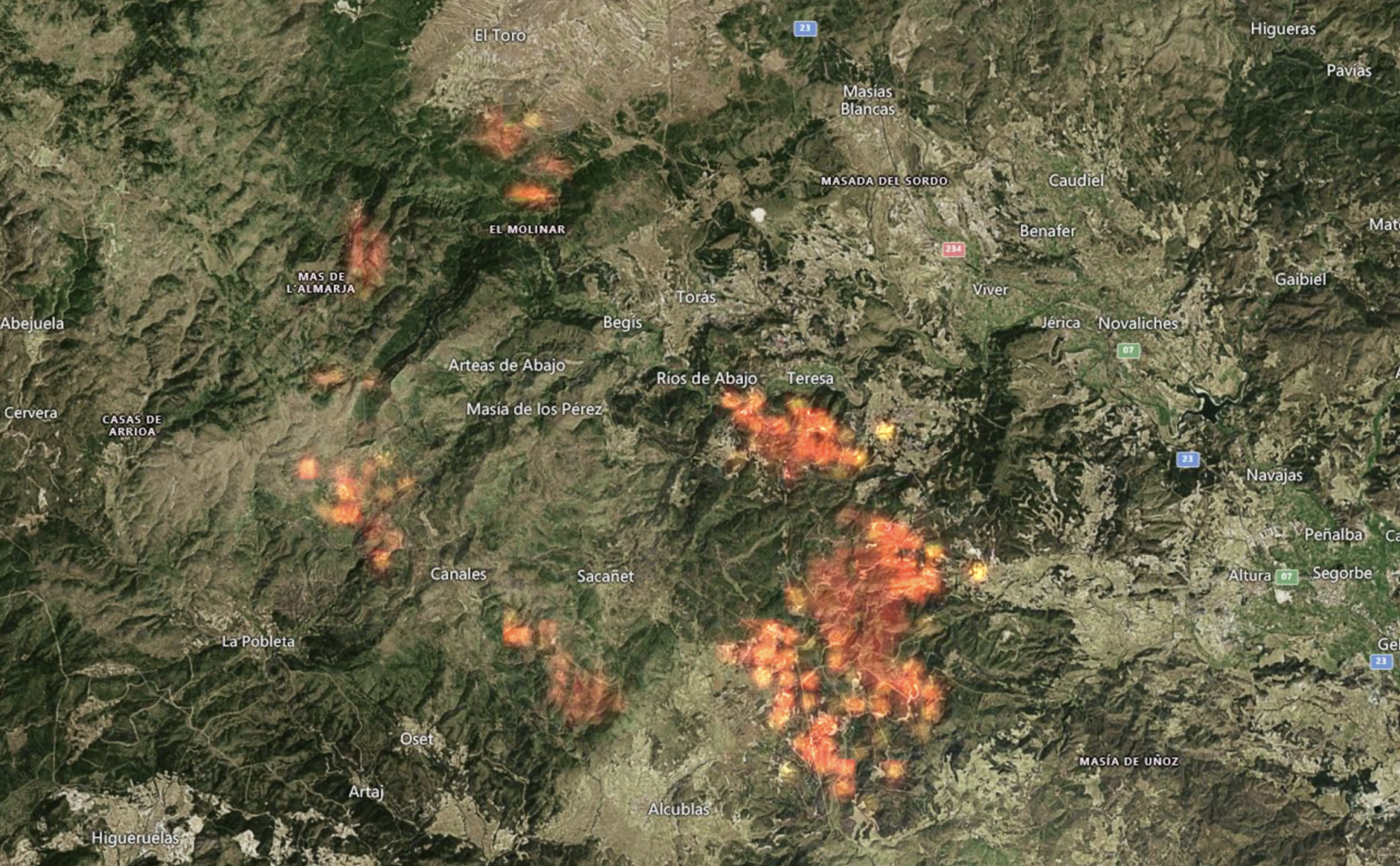 This Thursday’s rains only gave a small respite in Bejís, where today the flames are still out of control and mainly affect the area between Alcublas and Altura, covering a perimeter of 120 kilometers.

This fire is added to another declared in the natural park of the Sierra Calderona, environmental jewel of the Valencian Community. As explained in 112, during the early morning, warnings were received from the municipalities of Gátova, Marines and Olocau about the unstoppable advance of the fire. Precisely that last locality has been confined in a preventive way, while the villages of Artaj, Pobleta and Oset are evacuated.

In Bejís, emergency services are working at full speed to prevent the fire from spreading further. Its potential is “extreme” and its behavior “very aggressive”, reaching already 120 kilometers. Since this early morning, some 35 aircraft have been incorporated to help in the work of extinction. ” It has had a slow evolution during the night except in the area of the Cueva Santa de Altura and in the southeastern part where it has had a more virulent behavior. There are flames in every sector of the perimeter,” according to the latest 112 update.

Lieutenant Colonel and head of the third battalion of UME, Jorge Mariano Pérez, has also acknowledged that the situation “is complex”. ” There is a north-northeast component that pushes for the moment the fire towards the south, the area of the Sierra de Calderona. Should this move north, it could give us a break to attack and keep working this time against the flame,” he explained.

In the combustion of the Sierra Calderona work three endowments of the Consortium of Valencia, two autobombas, two aerial means of the Generalitat and two forest fire units, as detailed by the Valencian Emergency Coordination Center.

Both fires are a few kilometers away and emergency teams fear a merger that would cause devastating environmental consequences in the area. At the moment, the level of pre-emergence due to forest fire risk is extreme throughout the Valencian Community