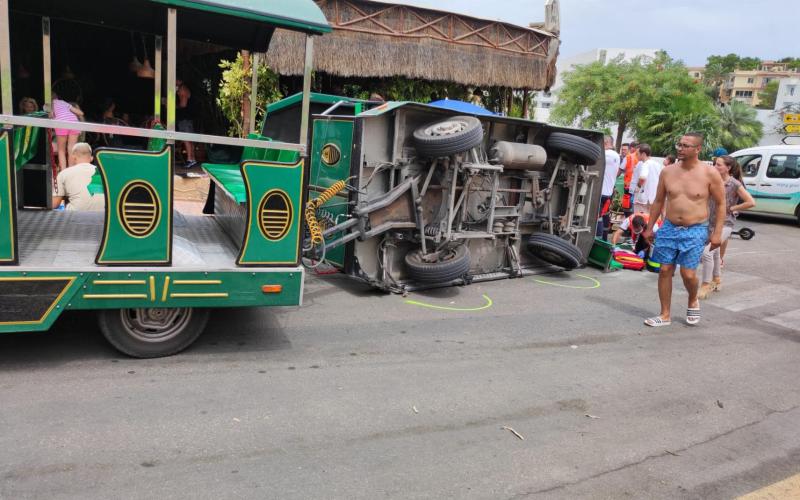 The municipality of Felanitx (Mallorca) is still shaken after a tourist train overturned there last Wednesday, which has left 11 injured, of which four were minors and two remain in serious condition. The vehicle was carrying 60 people, the maximum that was allowed, and research continues on what could have caused the accident, although everything points to an excess of speed on the part of the driver.

The train had a total of three wagons, and each had 20 people. It was the rear car that overturned and half of the occupants were injured. Although most of the people who suffered injuries of various kinds have already been discharged, the condition of two minors who are in serious condition in the hospital is a matter of concern.

Safety on tourist trains has always been under scrutiny, and especially now, after the case of this serious accident in Mallorca, since it has been recommended repeatedly to put seat belts to prevent something like this from happening.