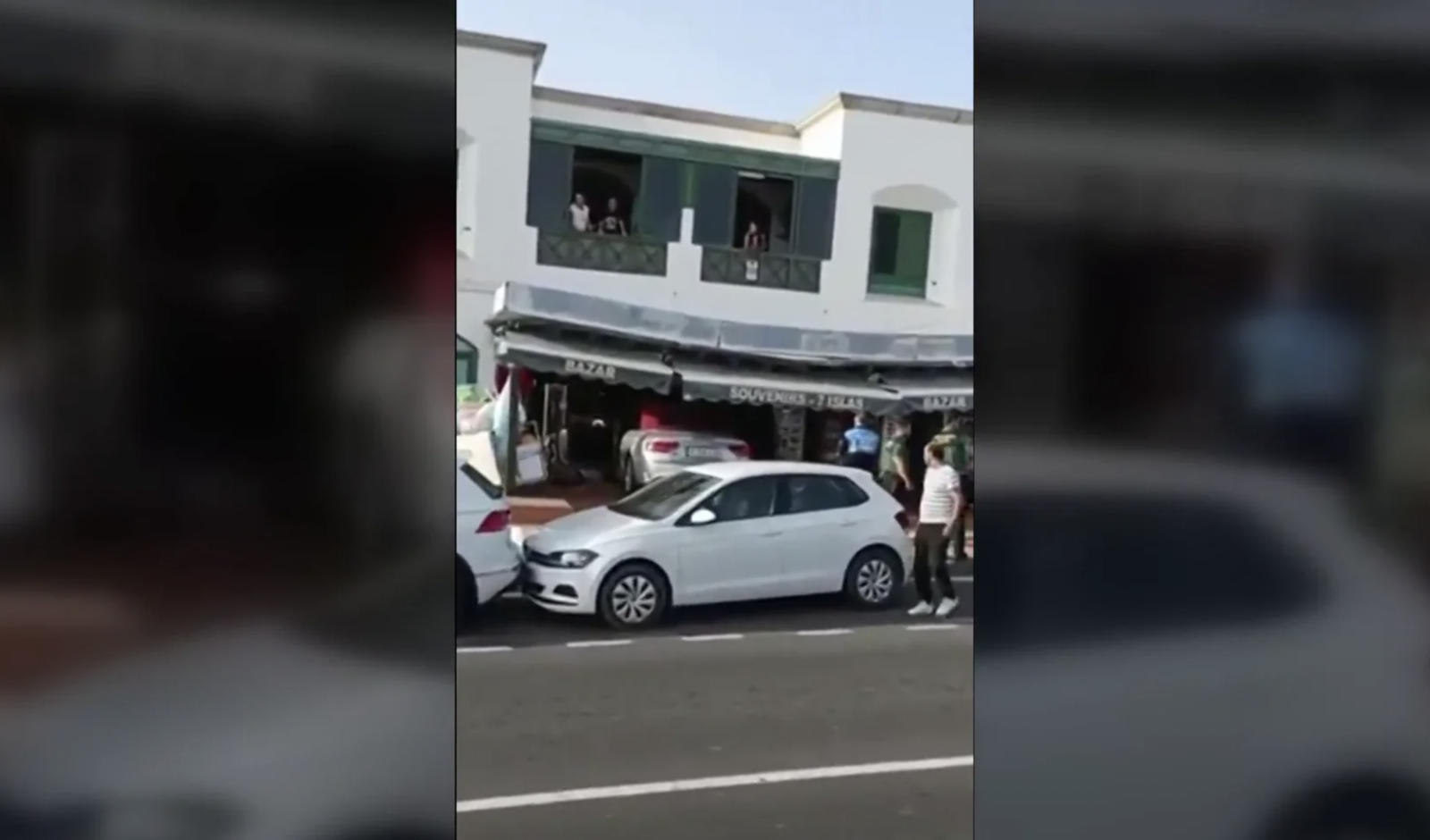 Inhabitants and tourists of the Canary municipality of Yaiza, in Lanzarote have taken pictures of an unusual event in Playa Blanca. An elderly driver who paid no attention crashed his car into a souvenir shop. The video shows how those in the area look at what happened before the authorities appeared.

From the Consortium of Security and Emergencies of the Cabildo of Lanzarote explained according to local media that firefighters were alerted by the Local Police of Yaiza by a call. The notice indicated that the accident had occurred in the shopping area of Avenida del Papagallo.

Once the competent authorities came to the area, the firefighters found that there were no people trapped or injured by the driver’s misdirection. The car was inside the establishment affecting the main pergola. It also caused problems in the souvenir merchandise, to the door of the shop and to another car parked outside that suffered damage to its front and rear.

Finally, the car was removed from the store by the Emergency Task Force, the keys were removed and the battery was disconnected. An application was filed with City Hall staff present to secure the damaged pergola that was at risk of collapse. The awning had to be flanged to the main anchor.

To conclude with the confused episode by the mistake of the old man, the firefighters took data of what happened, they informed the central, 112 of the Canary Islands Government and the Local Police of Yaiza. Fortunately no one was injured and the damage to the establishment has not been serious.