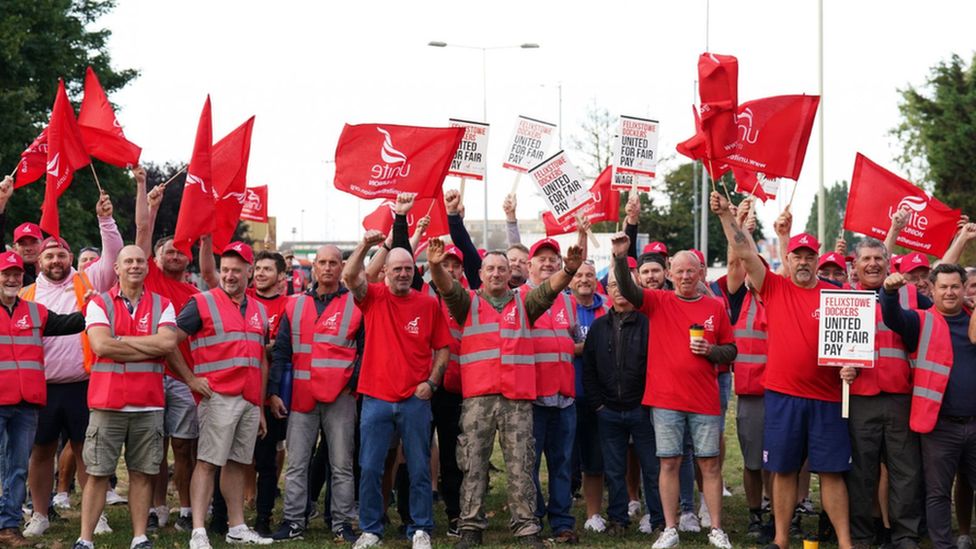 Strikes have spread across many areas in the UK. It could have international consequences and great impact domestically. A few days ago it was the railway sector, only 20% of the scheduled trains circulated. Then came the public transport. At the end of the month it will be the postal workers and the nursing staff also.

But today, for the first time in 30 years, the strike of the workers of the country’s most important port, Felixstone, has begun. Almost 2,000 workers remain unemployed in a port that channels almost half of the UK’s traffic. The strike will last eight days from last Sunday, the goal being to achieve better wage conditions.

A few weeks ago, the Bank of England predicted that inflation in the country will reach 13% by the end of 2022. Public health service nurses could strike for the first time in history at a time of spikes in COVID-19 infections. The strikes add to the political earthquake after the departure of Boris Johnson from Downing Street.

The union that has called the strike in the port, Unite, assures that its representatives have rejected an offer of an increase of 7%. They consider that the supply is “significantly below” inflation levels, which is at 10.1%, the highest level in 40 years.

Felixstowe says in a statement that they are “disappointed” by the rejection of the offer. They recognize that unemployment is an “inconvenience” although they assert that “it will not be a catastrophe”. Sharon Graham, Secretary General of Unite, explains that “workers can afford a decent wage increase”.