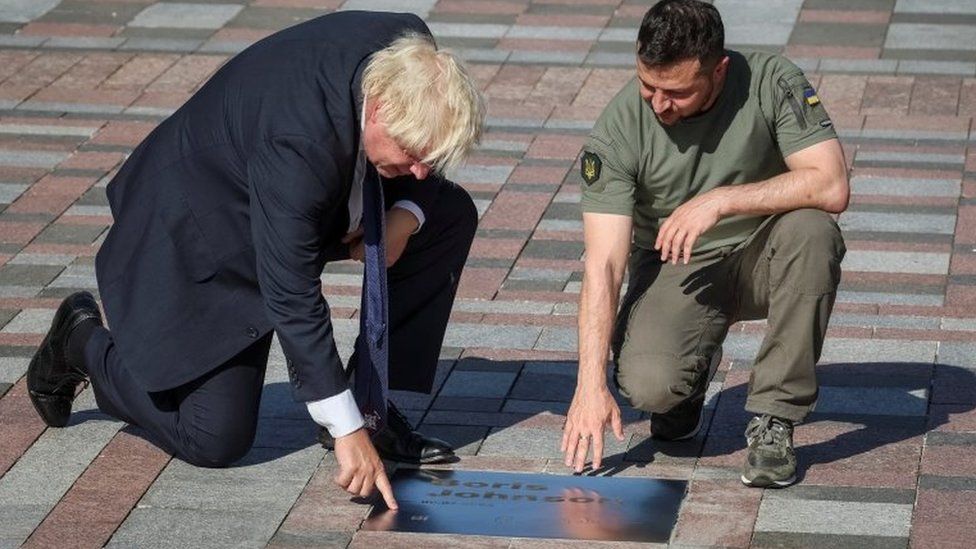 UK Prime Minister Boris Johnson, before leaving power after his resignation, made a surprise visit to Kiev. In the Ukrainian capital he has announced a new aid package for the war against Russia. He denounces from Eastern Europe that “while some pay bills for energy, in Ukraine it is paid with blood”. He has done so during Ukrainian Independence Day.

Valued at 54 million pounds (about 64 million euros), the new British package includes 2,000 drones for surveillance tasks and anti-tank ammunition. It was an express request from the Ukrainian Army, as Downing Street explains in a statement. ” For the past six months, the United Kingdom has stood shoulder to shoulder with Ukraine, helping this sovereign country defend itself from this barbaric and illegal invader,” Johnson said.

He hoped that Ukrainian troops would continue to “fight for freedom”. Johnson has called for “enduring” the crisis to counter the “inevitable price manipulation”. ” The difficulties are real, but we need to solve the underlying problems, which have to do with dependence on Russian gas,” he exclaimed, according to the BBC public broadcaster.

On his surprise visit to Kiev, he met Ukrainian President Volodymir Zelenski, who took the opportunity to uncover a plaque next to the Ukrainian Parliament. He has taken a walk with the Prime Minister ‘torie’ through the center of the capital surrounded by strong security measures.

Johnson was one of the first foreign leaders to travel to Ukraine for the Russian invasion at the end of April. He then returned in June on another surprise visit. This trip is his third and final before resigning next month.