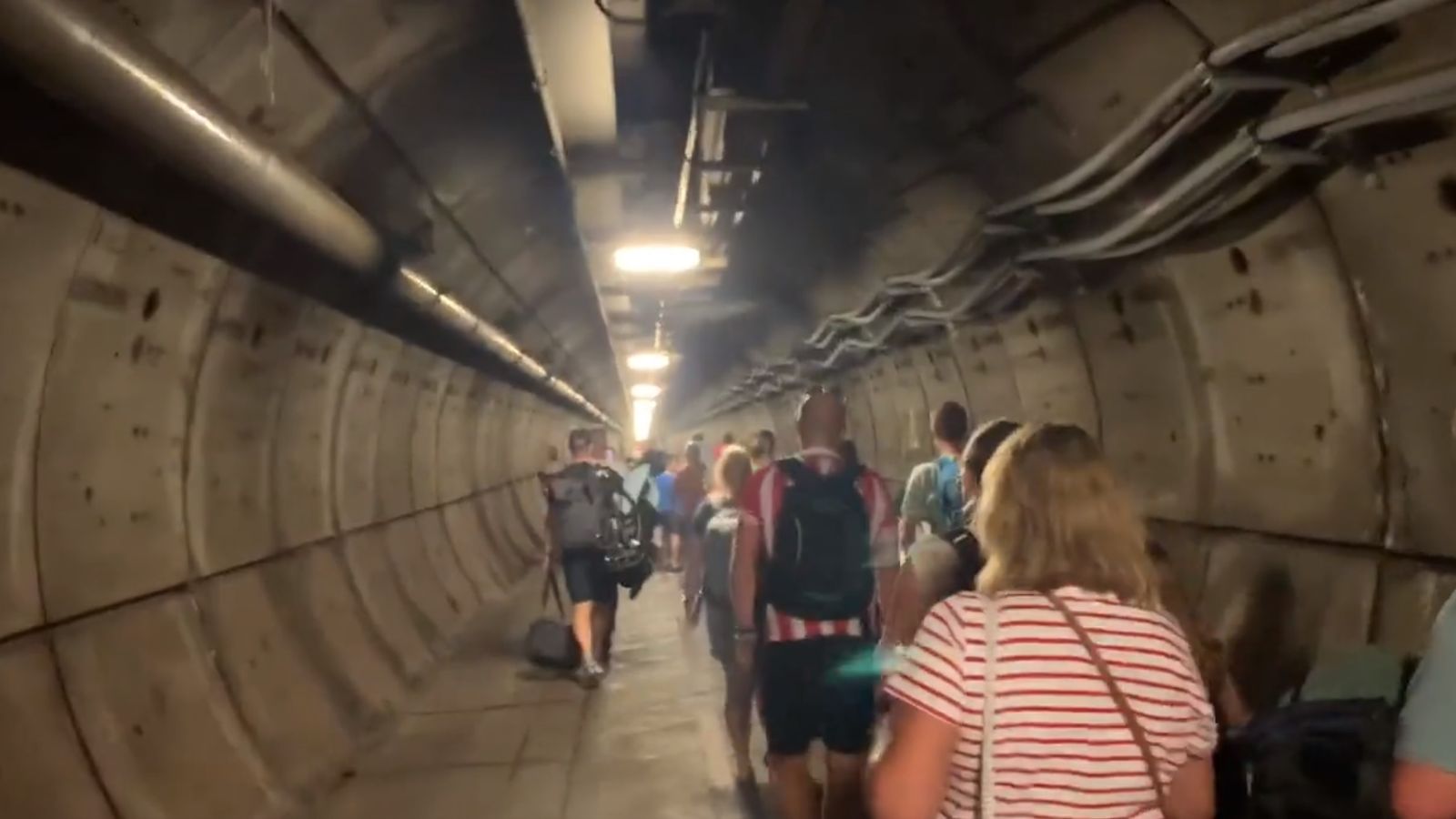 Dozens of passengers on a train on the way from France to England were trapped for five hours last night in the Eurotunnel, below the English Channel, as a result of a breakdown.

Passengers on a Le Shuttle service, which carries vehicles, were forced to abandon their cars to be evacuated through an emergency tunnel. They were taken to a replacement train which transported them to the Folkestone terminal in the county of Dover in the south-east of England.

Videos on social media show several tourists walking through the emergency alternative tunnel, along the 50-kilometer railway route between France and Britain, some with suitcases and dogs.

“The emergency tunnel was terrifying,” explained one of the trapped tourists, Sarah Fellows, 37, from Birmingham to the PA news agency. “It was like a disaster movie. We were walking into the abyss not knowing what was going on. We all had to stay under the sea in this big queue. There was a woman crying in the tunnel, another woman with a panic attack traveling alone,” she says.

Another passenger, who did not want to be identified, assured the news agency that “many people were afraid to be in the service tunnel, which is a somewhat strange place… We were trapped there for at least five hours”.

A spokesman for the Eurotunnel company, which manages the Le Shuttle service, pointed out that “a train broke down in the tunnel” and they were transferring passengers to a separate passenger transport service to return to the Folkestone terminal. However, he later explained to the BBC that the train had not actually broken down, but that the alarms had been triggered by what had to be investigated.

The Eurotunnel is a railway tunnel that departs from northern France and links the Old Continent with the British Isles. It was inaugurated on 6 May 1994 and allows the journey Coquelles (France) and Folkestone (UK) in just 35 minutes. It is the third longest tunnel in the world and the first longest submarine section in the world.

The rear half of the Shuttle train carries cars and other small vehicles in double-decker wagons. Coaches, buses and small trucks travel in one-story wagons at the front of the train.