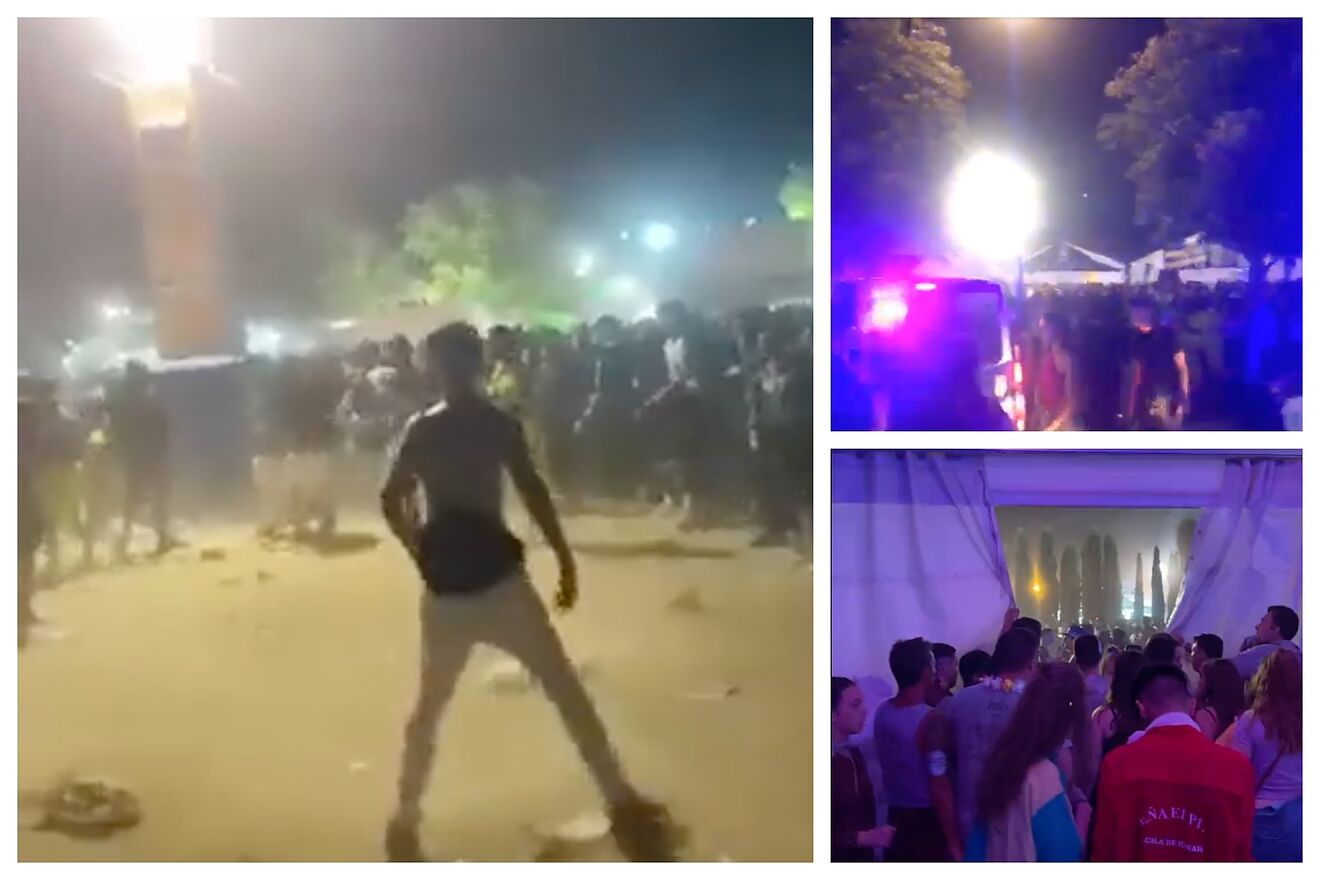 The festivities in Alcalá de Henares were marred by a fight in one of the huts. What began with a festive atmosphere, ended in a tremendous pitched battle that resulted in 4 National Police officers injured with various contusions, one person arrested for a crime of public disorder, numerous destroyed vans and burned containers.

The altercations began at 3:30 am on Sunday with a massive brawl in a local located in the Puerta de Alcalá. Up to a hundred members of the National Police and the Local Police came to the scene after receiving numerous warnings and people participating in the fight began throwing stones, bottles and blunt objects at them. The agents made a human barrier to advance but the youth managed to overcome it. At that time, the authorities decided to stop the music and proceeded to evict the fairgrounds.

The fight reached the macrobotellón that was being held and the youth began to throw stones, logs and fences. They even set up a barricade at a roundabout where they burned containers. Finally, the agents managed to disperse the youth around 8:00 this Sunday.

Thanks to the Security Plan implemented by the Local Police, National Police and Civil Protection, an orderly evacuation of the fairgrounds was carried out in less than 20 minutes and no serious injuries were sustained. Outside the compound, however, it was different. Several videos published on social networks show the panic that was experienced in the streets of the municipality, with images of young people running desperate without knowing what was happening.

The National Police proceeded to identify several people and continues to analyse the images of the cameras that had been installed in the fairgrounds to identify new aggressors.

The municipality of Alcalá de Henares has assured that there was no shooting or stabbing during the brawl and that the protagonists were young people who did not reside in the municipality, but attended the parties and the macrobotellón of the municipality.

In a statement on its social networks, the City Council has expressed its “sadness and revulsion at the regrettable incidents caused by a minority group of 20-30 people, as well as support for the Police Corps”.