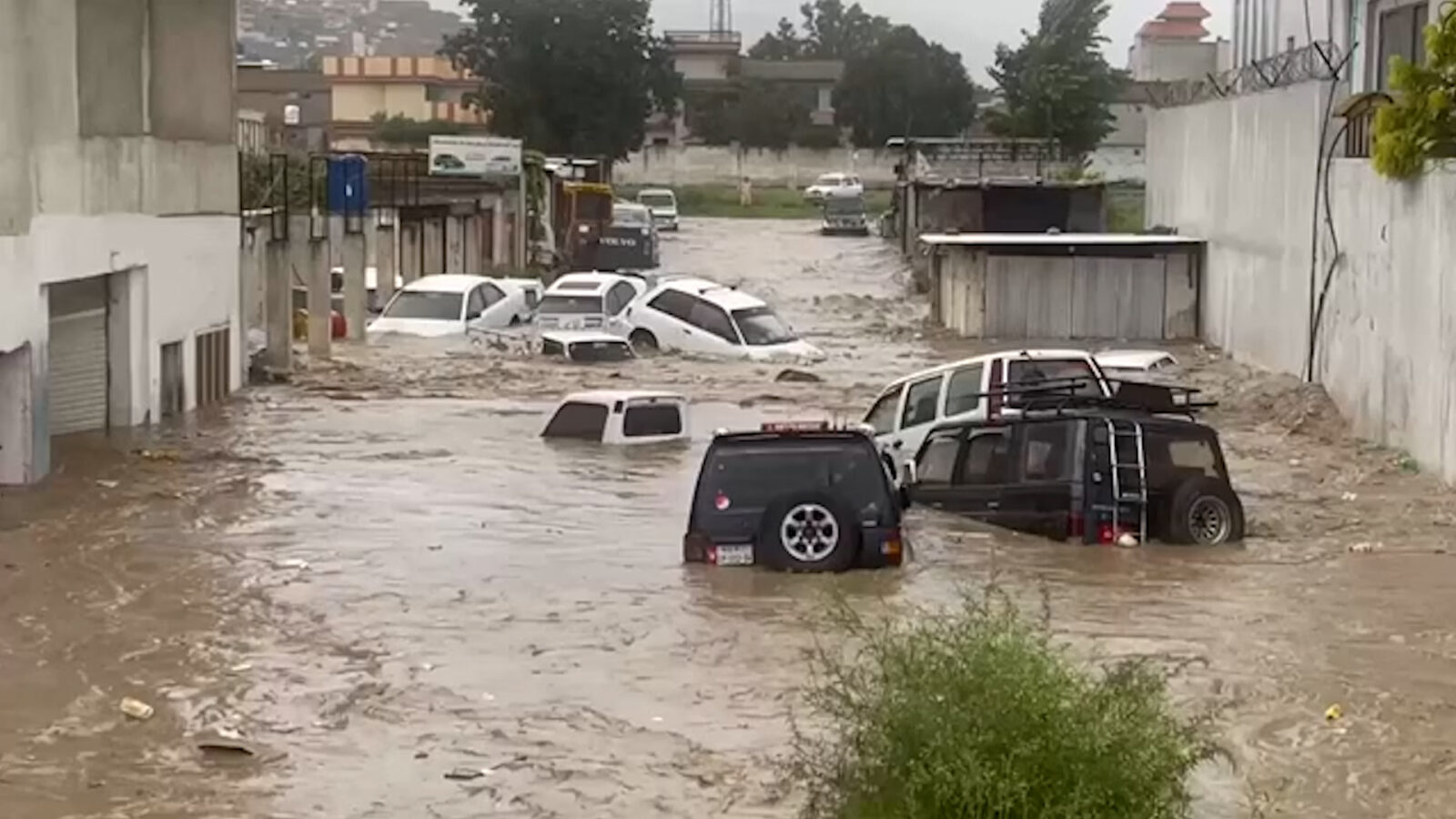 Pakistan is experiencing one of its worst floods. The monsoon rains that began on 14 June have left much of the country submerged in waters that have claimed the lives of nearly 1,000 people.

Sindh province, one of the most affected, has been left without access to drinking water and food. The authorities have declared a state of emergency in the country and the Prime Minister describes the situation as a “humanitarian disaster of epic proportions”.

The contrast of a few months ago, in which thermometers touched 52 degrees in some cities, is remarkable, since now the city is ‘buried’ under water. “Thousands of people have been evacuated throughout the day and thousands have been told to evacuate,” said Efe the local administrator of the Deputy Commissioner’s office in Nowshera, Muhammed Khan. The city is the most affected in the north-eastern part of Khyber Pakhtunkhwa.

The water level exceeds 250,000 cubic feet per second, becoming a “very high flood” which issued an alert in the area, the official explained. Images from several affected localities in Khyber Pakhtunkhwa show completely razed homes and flooded roads, while hundreds of people await their turn to receive food from the Pakistani army.

The rains have also left about 1,500 injured since they began last June. ” The flood situation is being continuously monitored from the control room set up in the Ministry of the Interior,” Minister Rana Sanaullah said in a statement released last night.

Pakistani authorities have mobilized security forces in the rescue effort, and the Pakistani Army Communications Office (ISPR) said that, as of Thursday, some 40,000 people had been evacuated.

During the monsoon season in South Asia from June to September, landslides and floods are common and, in addition to casualties, there is significant material damage.

Pakistan is among the 10 countries most affected by climate change in the world.