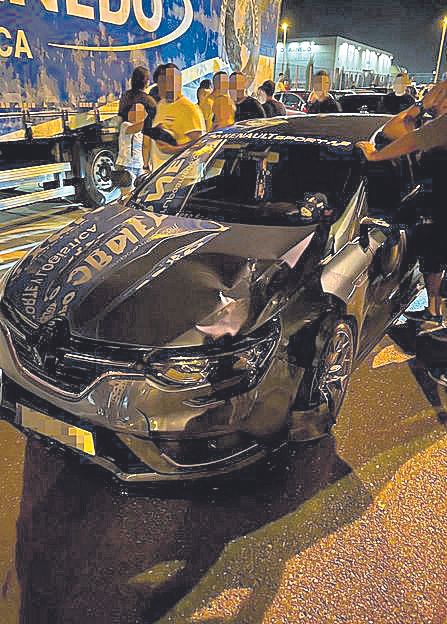 Two young women have been run over in Sagunto, Valencia. One of them has had to be admitted to the Clinical Hospital in serious condition due to the injuries suffered by the accident.

The 17-year-old is in serious condition after being run over in an illegal car race. She was crossing a pedestrian crossing with her friend when the car approached at high speed without giving her time to react.

“We didn’t see it, when we realized we had the car on us. I had time to cross, but she was in shock and when the car hit her she was thrown a few meters away,” explains the friend of the young woman admitted.

The driver was arrested at the time. The arrestee tested negative for both the blood alcohol test and the drug test. He is charged with a road safety offence for reckless driving. He was driving at over 100 kilometres per hour. He changed lanes to try to avoid her, but at the last moment the young woman reacted.

“She made another move and the boy changed lanes again to avoid her, but nothing could be done and she finally got ran over,” says a young man.

One of the people at the rally recorded with his mobile phone how the young man lost control of the car and ran over the young woman at the zebra crossing. In the recording you can hear the impact of the car against one of the victims and the screams of the witnesses.

The minor was transferred to the Clinical Hospital of Valencia with a serious prognosis. A SAMU ambulance arrived at the scene, where she was taken. She has fractures in both legs and several broken ribs. She’s in an induced coma.