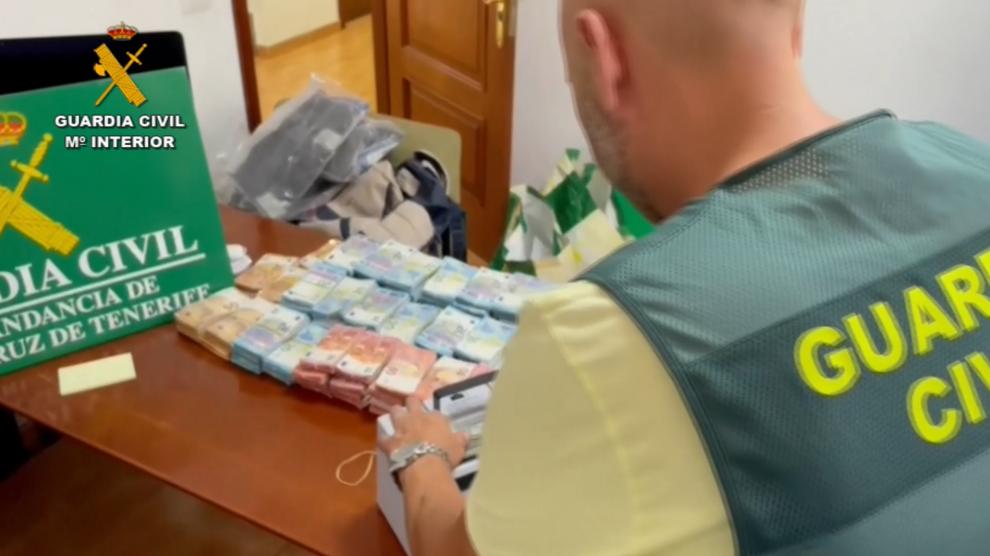 The Guardia Civil dismantles a violent group of thieves posing as agents of the Corps in Santa Cruz de Tenerife. This earned the trust of the victims. In total, four people have been arrested and the same number are under investigation, who are charged with the crimes of robbery with violence, illegal detention, breaking and entering and usurpation of public functions. The Guardia Civil has recovered more than 240,000 euros allegedly from these robberies, he details in a statement.

The officers found that the ‘false guards’ exerted great violence on their targets when they did not cooperate. At first they used verbal violence and if they did not help in the assaults, they were beaten. During the arrests, the assailants tried to flee and became entrenched in someone else’s home.

The investigation has been carried out by agents of the Guardia Civil, belonging to the team of crimes against the patrimony of the organic judicial police unit of the Comandancia de Santa Cruz de Tenerife, under the direction of the Court of First Instance and Investigation number 1 of Güímar and with the coordination of the Provincial Prosecutor’s Office of Santa Cruz de Tenerife.

According to Guardia Civil sources, the detainees had a great preparation, studying the assault in detail and executing it with surprising rapidity. In addition, they immediately incorporated the stolen money into the legal circuit for which they had a stable structure of collaborators with whom they acquired all kinds of goods.

In a robbery carried out in the town of Abades (Arico), the authors, after identifying themselves as Guardia Civil, stopped a worker in charge of transporting cash. The victim was handcuffed and the robbers fled with the money.