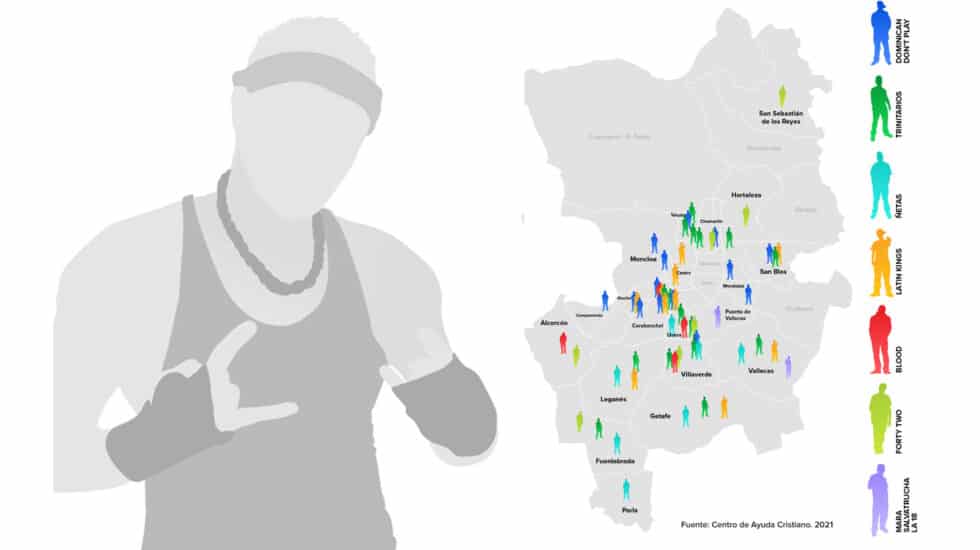 There is growing concern about the youth violence that is breaking out on the streets of Spain… and that is mainly caused by minors. It is the ‘modus operandi’ of the Latino gangs, which recruit the youngest for their actions, and whose violence has increasingly frightened the population. In just three days, there have been 40 arrests in Madrid, which shows the magnitude of a growing problem, for which the authorities need more resources.

These Latino gangs are mainly made up of young people, the majority of whom are minors, who must be tried differently because they are not 18 years old, so they must be placed at the disposal of the Juvenile Prosecutor’s Office in case they have not yet reached the age of 18. They often carry out violent robberies, which sometimes even involve assaults, and there may even be drug deals, which has become very common.

The worst-case scenario comes when the gang demands the so-called ‘loyalty test’, where they can get to kill. Their ‘financing’ is mainly carried out by what they manage to steal, thanks to which they can get large amounts of money to ‘recruit’ new members in the gangs. Thus, these bands are managing to become the ‘owners’ of certain areas in Madrid, matching what the Dominican Don’t Play have achieved in various regions of the capital.

What are the criminal consequences of all this?

In the case of members of gangs aged 18 or over, the Criminal Code applies to them in accordance with the provisions of the Criminal Code, without the possibility of applying any penal reduction to them unless they cooperate with the authorities. In the case of minors belonging to these gangs, they must be tried by the Juvenile Prosecutor’s Office, which determines penalties according to their age, and must serve at least until they are 18 years old.

The authorities are asking to be notified as soon as possible in case the case of a Latino gang is known, since the longer it takes to dissolve it, the more time they have to take new resources to become stronger and more difficult to catch them. The last event of this caliber can be found in Alcalá de Henares, where there was a brawl that, it is suspected, was the work of a fight initiated by members of a Latin band.