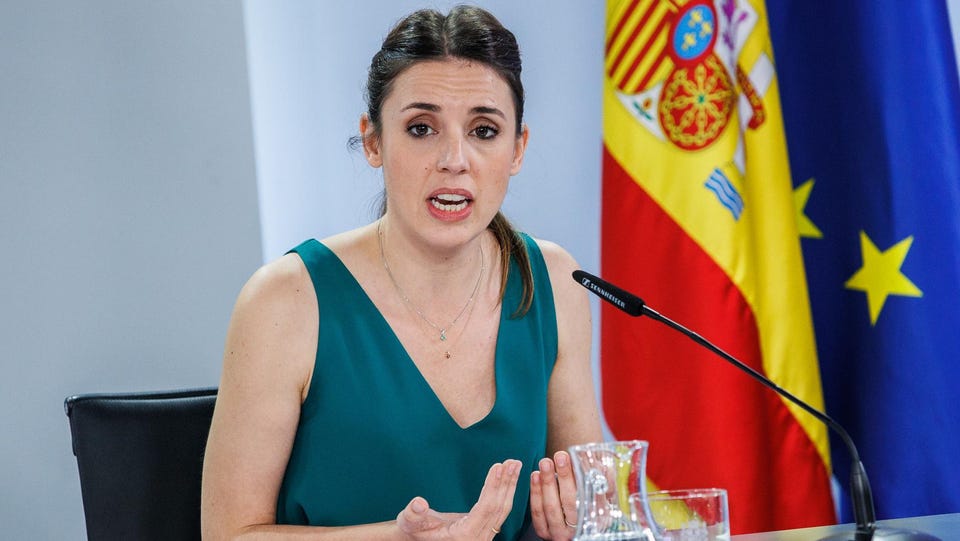 The Council of Ministers is adopting today the Sexual and Reproductive Health and Voluntary Termination of Pregnancy Act. This new law will allow abortions for 16- and 17-year-olds without parental consent, with the aim of ensuring that abortions are performed mostly in public health facilities.

The reform was already approved by the Executive last May but was pending advisory reports. Now it will have to go through the Congress of Deputies and the Senate, where it can undergo changes on the part of the coalition government partners so that it can go ahead.

Irene Montero, Minister of Equality, said today that she is already negotiating with parliamentary groups to get “the law out as soon as possible”. Minister Montero already said last week, just before the passage of the law known as “only yes”, that her intention is to pass this abortion law, along with the so-called trans and LGBTI rights law, before the end of the year.

So far, 85 per cent of abortions are performed in private centres. Abortion will be free until the 14th week of gestation, until the 22nd week for medical reasons, and without limit if serious abnormalities incompatible with life are detected and provided it is determined by a clinical committee.

The autonomous communities will have to create a register of health objectors who do not want to perform the voluntary termination of pregnancy so that there are always enough professionals in the public services to practice it. In addition, emergency contraception, the so-called ‘morning-after pill’, is guaranteed free of charge in health centres and specialized sexual and reproductive health services.

It also provides for “the right to menstrual health” as an inherent part of the right to sexual and reproductive health. In this sense, the norm establishes leave from work due to painful and incapacitating periods. There will be no time limit but supervision and a medical report will be needed specifying that the affected person cannot perform the job normally.

The law seeks to “stop menstruation being a taboo”, and for this reason, in schools will be given information in sexual and reproductive health that will be part of the curriculum throughout the compulsory education. This education will be provided by professionals trained in this field. ” It is an issue that has been lived for a long time because of taboo, women being ashamed to talk about it. They will take pills to go to work and continue with their daily life and and not talk about periods. For the first time there is talk of menstrual health, that the administration should take care of our health,” Montero warned.

Menstrual hygiene products will be distributed in social centers and prisons to “combat menstrual poverty” due to their prices. Just a few weeks ago, Scotland became the first country in the world to provide free feminine hygiene products.

Health will cover free access to emergency pills. They will be distributed in health centres and future public sexual and reproductive rights care centres and will have to be available in all pharmacies.

In addition, male contraception methods will be promoted, so that it is not only a responsibility of women.