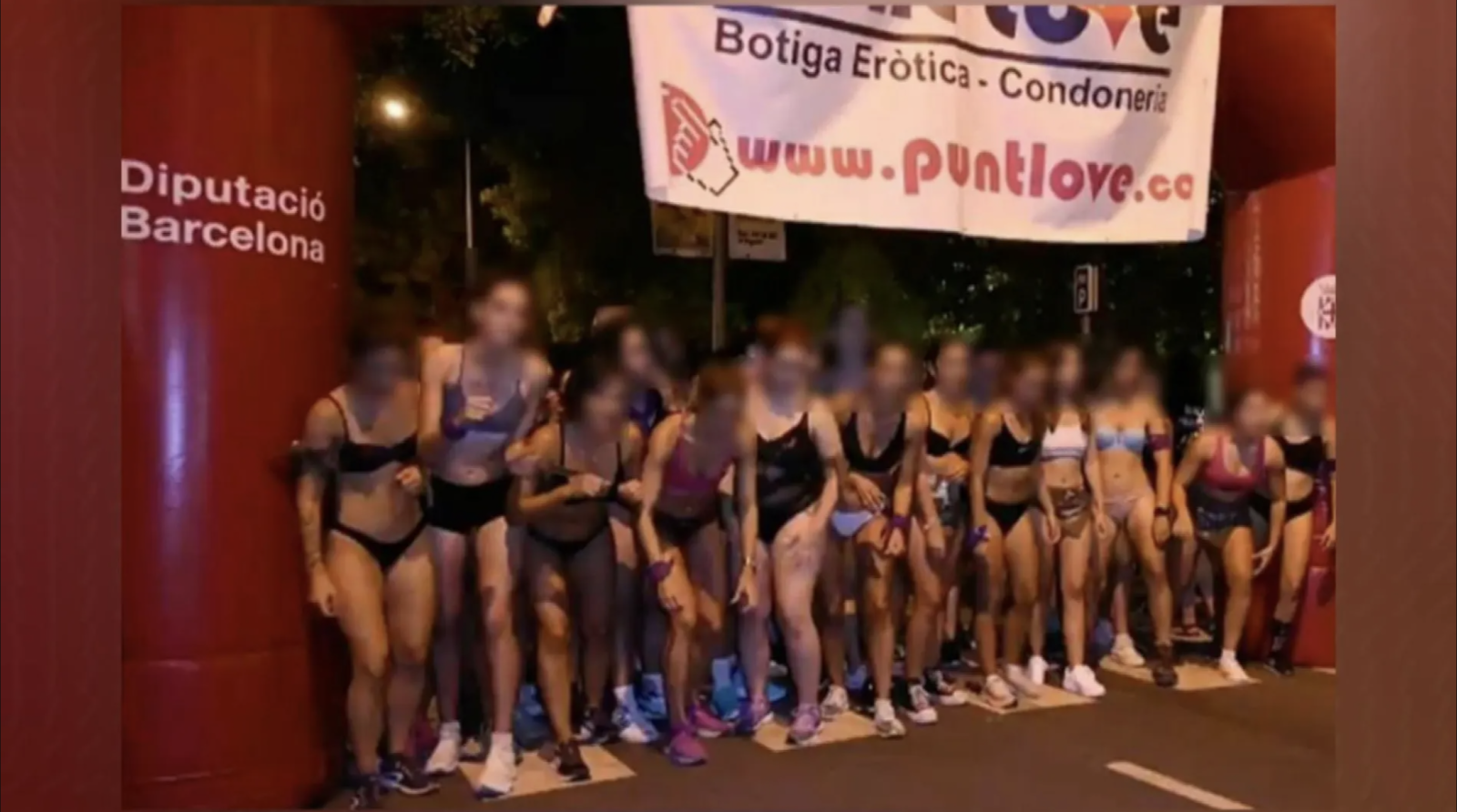 On 23 August, on the occasion of the patron saint festivities of Mollet de Vallès in Barcelona, a children’s race was held through the streets during the night that has ended in controversy.

In underwear and surrounded by adults, groups of children ran in a race organized in this Catalan municipality of 50,000 inhabitants. The minors, of different age categories, ran in their underwear, being a group of children under 12.

In the images you can see how the minors ran with only sneakers and underwear or swimsuits. The activity was organized by peñas of the municipality with permission of the City Council, which has made a statement where it reports that: “It is an activity organized by a local peña for the festival. The children race first in swimsuits, then the female race and the male race”. Grandparents, parents and children have been doing it for 20 years. We will not make any statement. Thank you very much”.

This celebration is held every year the week of August 15 to 23 and this year the race was one of the activities that would close the celebration. The minors toured the center of the municipality and after them, began the adult race, where first the men ran in underpants or swimsuit and then the women in swimsuit or lingerie.

From the constitutionalist party Valents, it was announced on Saturday that they would denounce the activity that is “promoted by the PSC Council”. In a message on social networks, the political group charged against the activity and said that “this is not sex education” and that “it is an absolute shame”.

The message ends with the phrase “we will not normalize it”, accompanied by two images of the activity.