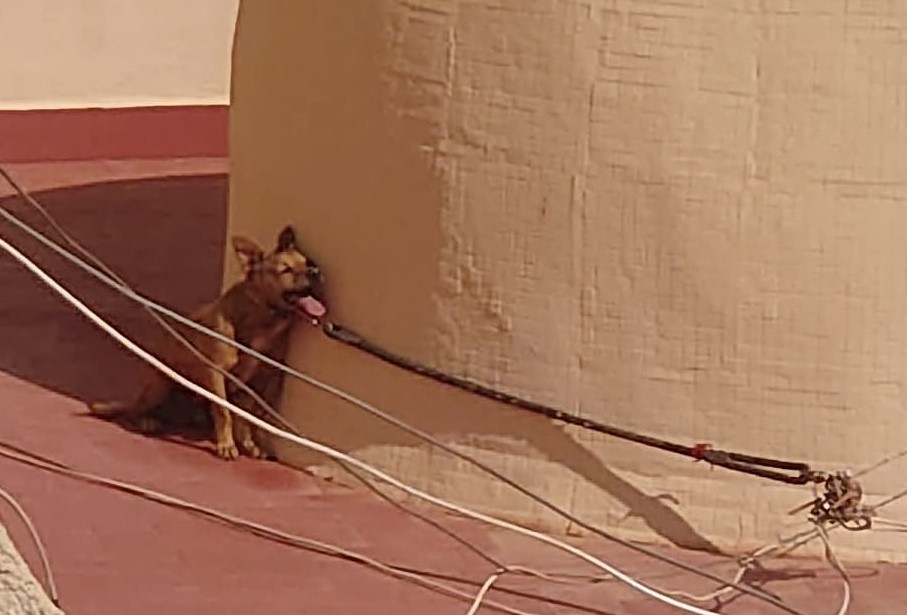 Animal associations have joined forces to denounce the death of a dog that spent four days, allegedly without food or water, in full sun.

The dog was chained to the sun on a terrace in Torrevieja, in Alicante, and with the heat we have suffered this summer and the still high temperatures that are recorded, the poor animal could not resist more. PACMA has attacked the institutions and claims to be studying legal actions.

The animalistic party communicates that “this dog has died scorched after four days without water in a solarium and after the inaction of the Town Hall of Torrevieja and the Local Police”.

According to reports from PACMA, the dog spent four days in the sun. A group of neighbors, last August 17, realized that the animal could not escape the heat, seeing that it was suffocating.

Nacho Torre-Marín, independent councillor of the Torrevieja City Council, tried to bring the situation to the attention of the Local Police and the Animal Protection Councillor, Concha Sala. And yet no action was taken.

Therefore, Torre-Marín accuses the Consistory and the officers of inaction, since it assures that the Local Police came several times to the place, but that the appropriate measures were not taken. On the first occasion, they did not see the animal; and on the second, it coincided that the dog had found a shadow, so the agents left without taking any action, as he said with the councilman.

Just three days later, on August 20, the neighbors recorded with pain and impotence the death of the animal, and now, from the Animal Defense Association Torrent and Councilman Nacho Torre-Marín, demand accountability.

In a statement, Concha Sala, Animal Protection Councillor, announced that she defends the performance of her department. And the mayor confirms that representatives of her department and local agents went to the place repeatedly, where they were unable to access.

In addition, Sala points out that “there is a report from the Local Police on this whole protocol of action with statements from the neighbors who were asked and that, in no case, neither of them said that the animal was badly cared for.

After the death of the animal, the councillor ordered the transfer of the body to a veterinary hospital, in which an autopsy must be performed that has been requested by both Councillor Torre-Marín and PACMA.