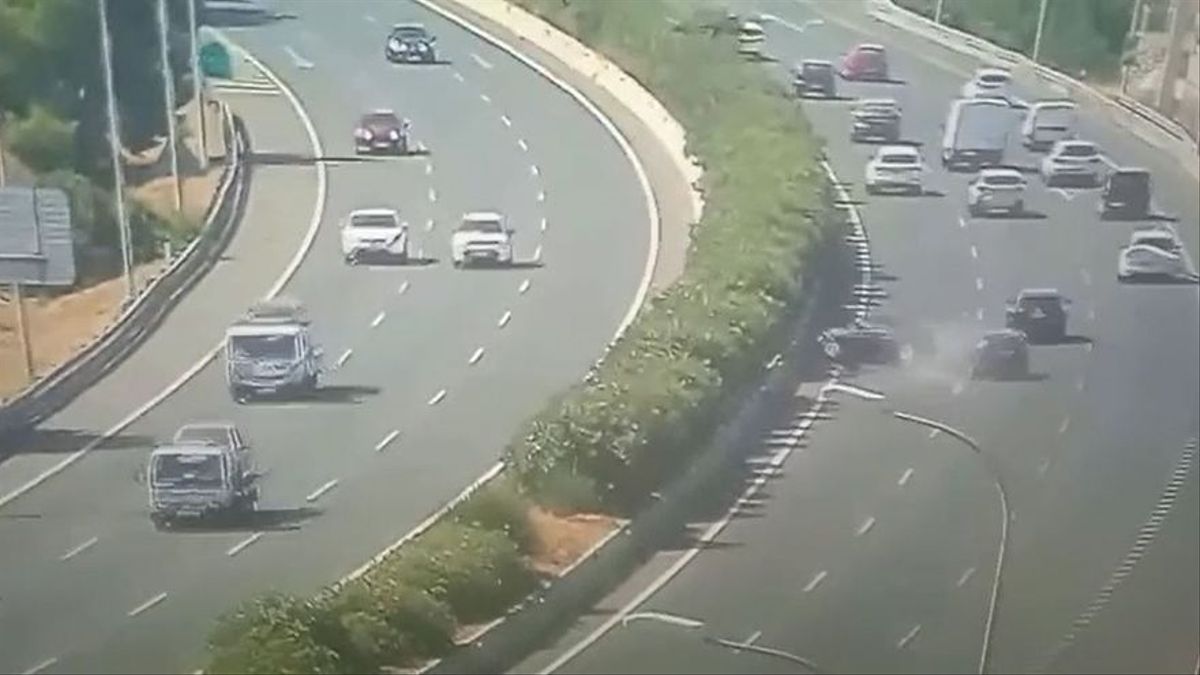 The Guardia Civil has arrested a 32-year-old man as an alleged perpetrator of a crime of abandoning the scene of the accident for fleeing after provoking the accident on the Inca highway, Ma-13, in Mallorca. This has been reported by the Armed Institute in a press release.

The events took place on Thursday, September 1, on the Ma-13 motorway, at kilometer 1,200 towards Palma. The man was driving at high speed in a Ford Fiesta vehicle when he crashed into another car that was circulating in the same direction.

The crash between the two was so strong that it made the other car flip and travel a good distance before stopping.

The man who caused the accident, without worrying about the person inside the car, continued the journey despite the damage to his vehicle. Moments later he abandoned the car he was driving and left the area.

The driver of the car that was left behind had to be transferred to Son Espases after being injured in the incident.

In the images recorded by the security cameras it is seen how the woman’s vehicle travels several meters forward while spining on its roof.

Following assistance from the officers, an investigation was initiated to locate the driver. After several attempts, he was identified and arrested the next day. The man admitted to being the driver who had fled. At the time he was tested for alcohol and drugs, testing positive for the latter.