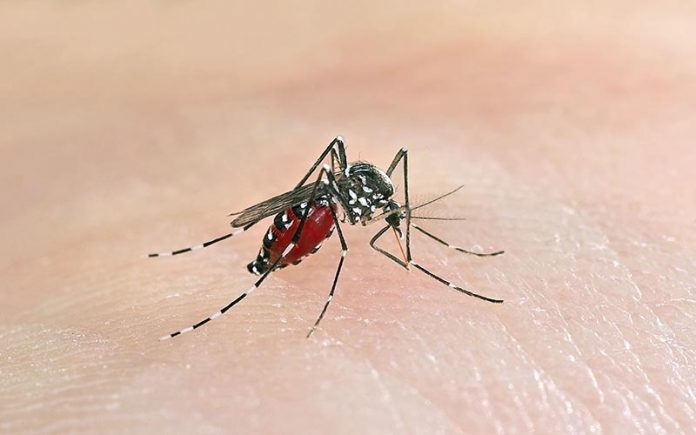 The British scientific editorial BioMed Central (BMC) has revealed a study with the aim of warning Spain and seven other European countries of the presence of tiger mosquitoes with a mutation that makes them resistant to authorized insecticides. They indicate that ‘Aedes albopictus’ is causing the transmission of exotic dengue and chikungunya arboviruses. They associate the V1016G mutation with tiger mosquitoes in Spain and Italy.

The study led by scientists Verena Pichler, Beniamino Caputo and Vera Valadas collected samples from 69 sites in 19 European countries. The results indicate that the mutation in tiger mosquitoes was identified in 12 locations in nine countries. Specifically, in coastal areas of the Mediterranean of Italy, France and Malta, as well as Spain and Switzerland. Mutations were also found in Bulgaria, Turkey and Georgia, as well as in Romania.

They warn of a widespread presence of mutation in Europe, although with frequencies lower than those recorded in Italy. They urge monitoring the evolution of these insects in the old continent. Samples were taken between 2015 and 2020. DNA was extracted from the legs or carcasses of tiger mosquitoes using DNAzol and CTAB scientific methods. The tiger mosquitoes with mutations that have been recorded in Spain correspond to the town of Basauri, in Vizcaya.