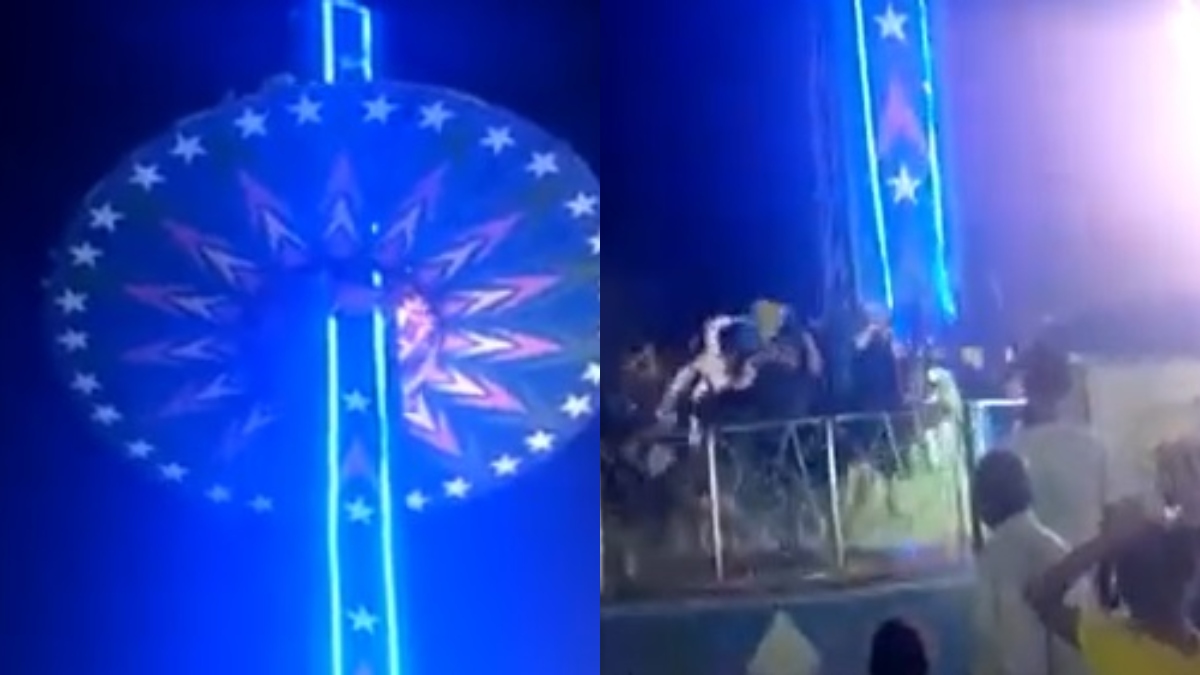 An attraction has crashed to the ground in an amusement park in India. A video, captured by a person who was at the fair at the time, shows the terrible impact of the attraction against the ground when it was full of people. An investigation is under way to clarify what happened.

In the video you can see the attraction is a rotating wheel that goes up and down. It can be observed how the attraction reaches its highest point while it rotates slowly, while when the moment of descent arrives it precipitates strongly and, when it approaches the ground, it hits violently.

In fact, many of the people who enjoyed the attraction at the time jumped out of their seats. The wheel was full of women and children. The Indian journalist Nikhil Choudhary has captured and uploaded to his social networks the moment of the accident and reports that there are numerous injured as a result of the crash and that, at least 16 women and children were treated and 10 of them had to be transferred to hospitals for injuries of various kinds.

Authorities continue to investigate what failed to make the attraction fall straight to the ground. Several emergency services were moved to the site to treat the wounded and help those trapped to get out.