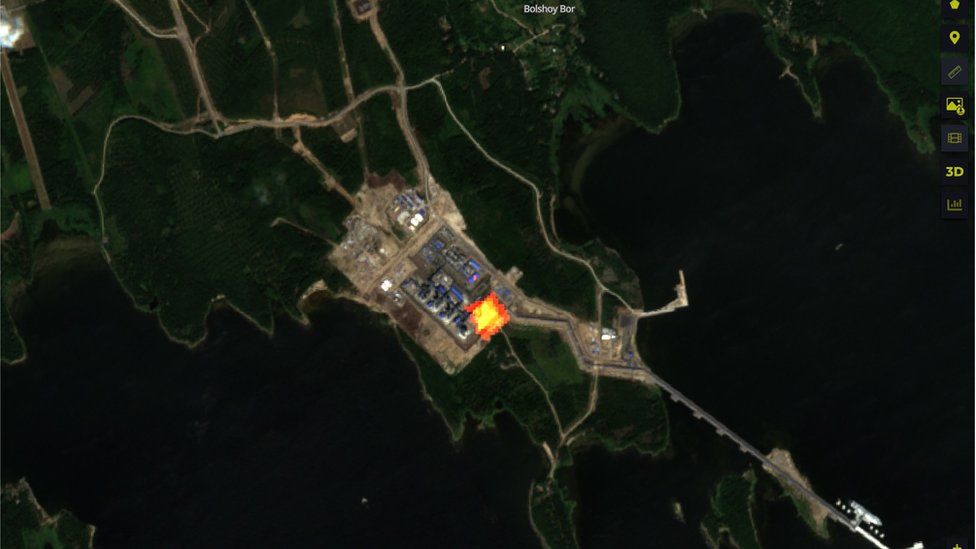 The European Union believes that Russia is using energy as a weapon to blackmail countries that are supporting Ukraine in the war. Putin denies it and accuses Brussels of cornering them with wrong energy policies: “We are at a dead end because of sanctions,” the Kremlin leader said.

However, a few days ago Putin himself confirmed that he will not resume the gas supply until the West lifts the restrictions against the country: “We are ready, all we have to do is press a button”.

After the Nord Stream blockade, the Russian president made it clear that he had no problem “selling his energy resources to the world”. But the truth is that what he does with what he does not export to Europe has now come to light.

The image taken by the SENTINEL meteorological satellite of the European monitoring system shows how Russia is burning the gas that it has stopped selling to the Community bloc. In this context the Russian president has intensified his threat: more cuts will come if Europe limits gas.

“It’s stupid. Attempts to limit the price of gas in Europe will only lead to higher prices. If it goes against our interests, we will not supply gas, oil, coal, heating fuel…nothing,” he warned.

Following the coup launched by Putin, Brussels is shaping an anti-crisis plan that includes an emergency intervention with several lines of action. The star measure is to put a limit on the price of gas we buy from Russia, but there is more.

The EU is also considering limiting the income of companies that produce energy cheaply and without the need for gas, such as renewables or nuclear. As for electricity, it is compulsory to reduce consumption by at least 5% during peak hours.