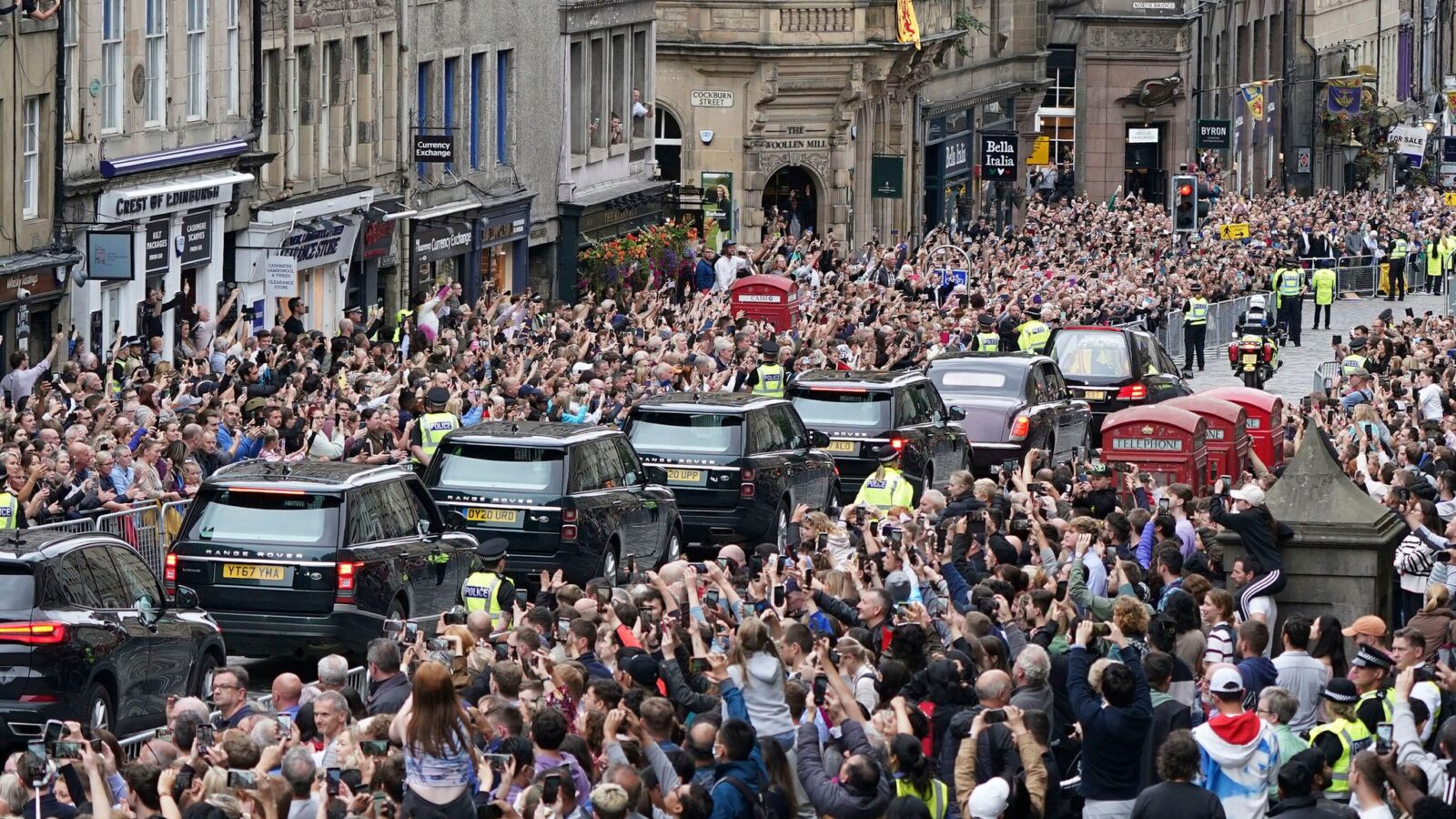 This morning, Monday 12th September, Queen Elizabeth II’s coffin will be transferred to the Cathedral of St. Giles, in Edinburgh, where the chapel of rest will be opened from 17:00 hours. It will be the first opportunity for the British to say goodbye to their Queen. It will be a day full of symbolism that will begin with the arrival of King Charles III and his wife, the Queen Consort, to the palace of Hollyrood. After the arrival of the new British monarch, he will participate in the so-called ‘ceremony of the keys’.

This key ceremony will consist of the new King receiving the keys to the Scottish city of Edinburgh. This afternoon, the coffin will leave in procession to the Cathedral of St. Giles where the public can say goodbye to the monarch after 70 years of reign. The day will end with a vigil in which the Royal Family will participate.

Elizabeth II is the first monarch to die in Scotland since 1707. In the British Royal House they were aware of how much she liked to spend time at her residence in Balmoral, hence why they had ‘Operation Unicorn’ planned, the protocol in case the Queen died in Scotland and not England. British authorities have mounted a large police security operation, and the streets will remain blocked throughout the day.

The coffin of Elizabeth II will remain in the cathedral of Saint Giles until Tuesday when it will travel by plane to London, accompanied by Princess Anne. It then moves to Buckingham Palace and then to Parliament, where the Queen will lay in state until her funeral. The last big farewell to Queen Elizabeth II will take place on 19 September at 11:00 at Westminster Abbey.