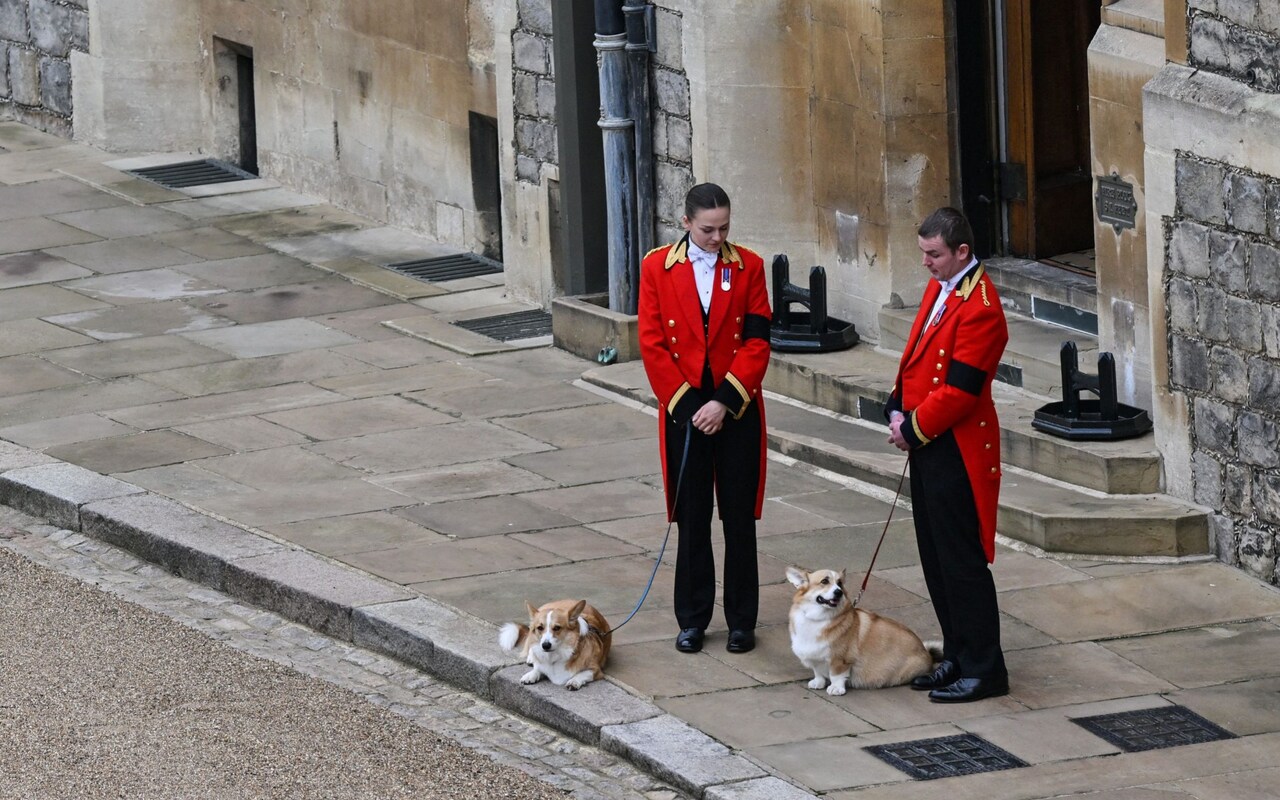 Muick and Sandy, the corgi dogs of Queen Elizabeth II, have waited for the arrival of the sovereign’s coffin at the gates of Windsor Castle. The image was captured just before the funeral began in the Chapel of Saint George.

Many expected the Corgis to be present at the funeral and so it was. Both waited in Windsor for the arrival of the coffin with the remains of the monarch. Next to them was also Emma, the favorite horse of the sovereign.

Who will take care of the dogs?

Dogs have become one of the most recognizable signs of the late Queen of England. Her son Prince Andrew gifted little Muick in 2021. It was during the monarch’s confinement at Windsor Castle.

She received Sandy for her 95th birthday and was also a gift from Andrew and princesses Beatrice and Eugenia. These Corgi dogs have accompanied Queen Elizabeth II during her reign.

After her death, one of the unknowns that emerged revolved around who would take care of Muick and Sandy. It is precisely her son, Prince Andrew and his ex-wife Sarah Ferguson who have stayed with them. They will live in the Royal Lodge, in Windsor, where the ex-wife usually resides.