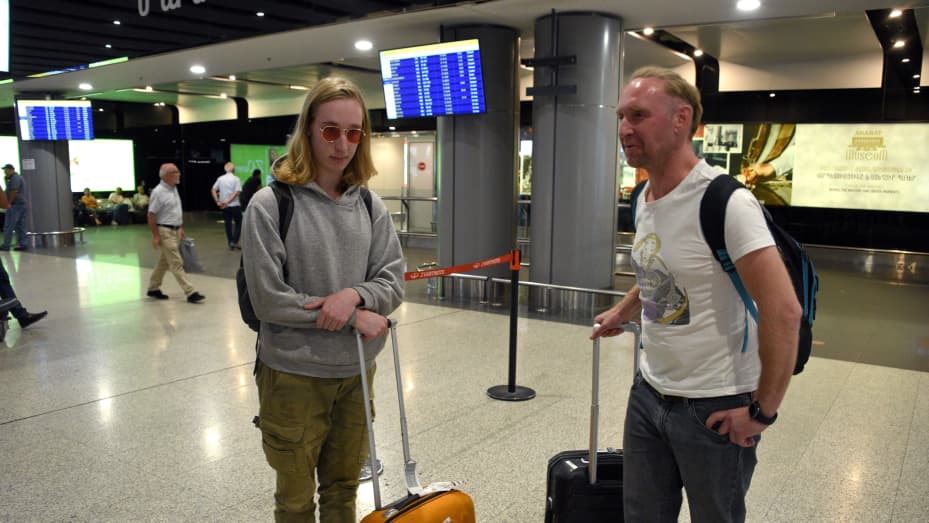 On Wednesday, Russian President Vladimir Putin called for partial military mobilization and plans to displace a total of 300,000 reservists to fight in Ukraine. He has announced this in a speech to the nation, where his words have helped most international leaders take for granted that Putin is assuming the failure that no one, not even him, imagined he would have in Ukraine.

His call for mobilisation has caused panic in Russia, where many citizens do not want to fight on the front. For that reason, thousands of citizens are looking for ways to flee to the country. The planes leaving Russia this Wednesday already have all their tickets sold out, so they are already looking for flights for next Thursday, where the Russians can escape before they are recruited by the Army.

The departure would be a kind of exile, given that Vladimir Putin has insisted that reservists are obliged to answer his call and cannot object under any circumstances. And if they do, the same fate awaits them as those soldiers who withdraw from the battlefield or run for Ukraine: jail. Putin has already made it clear that he is only worth the victory before his defeats continue to increase.

The world’s most wanted query on Google right now is ‘how to leave Russia’, given the inability of many Russians to escape the country, and in a loophole reminiscent of the one in Ukraine at the start of the war. A Russian citizen tells how she feels after Putin’s speech: “I feel terrible, I have my cousins over there, my family… these people who haven’t killed for Putin, who haven’t chosen him, who didn’t want any of this… what’s going to happen?