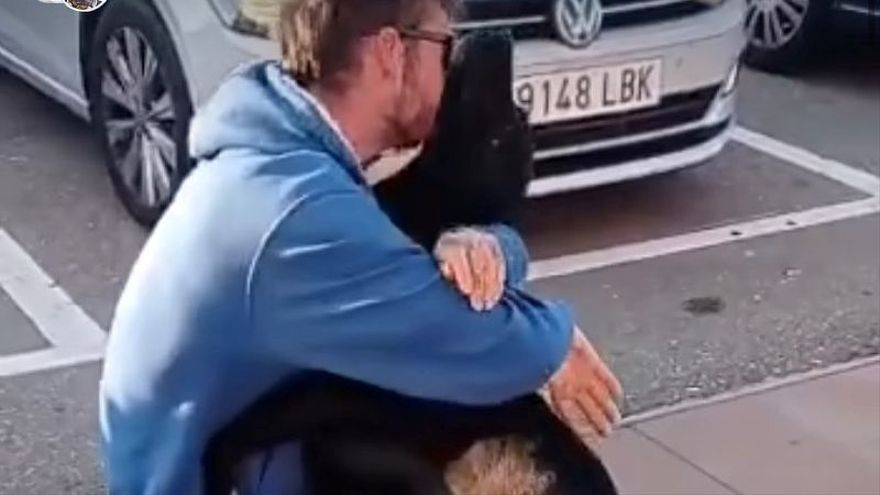 Dub, the dog that disappeared last August 1, has been found in Valladolid and is already with Gabin Regnier, its owner. Specifically, he disappeared at a gas station outside Vitoria. His owner, who was on a trip with a group of friends from France to Portugal, stopped to refuel and the dog jumped out the van without anyone noticing. It was about two months since he disappeared. His owner, desperate to find him, offered 500 euros as a reward to whoever found the dog.

Gabin stayed in Vitoria for several weeks searching for Dub. He was helped by a group of volunteers who created a search network. When they considered everything lost, last Thursday they saw a notice of a group of search for lost dogs from Valladolid warning that a dog had been seen in the municipality of Siete Iglesias de Trabancos, in the province of Valladolid.

The message spread in networks was accompanied by several photos. They automatically notified the owner, Gabin, who traveled from France to Vitoria, and then to Valladolid. There he was, 300 kilometers from where he left the truck.

“Finally!! After 50 days… Dub returns home. Thank you all!!! Now we are back home and we will take some time for ourselves”, has posted the young man on his social networks as a thank you for the support received during this time.

Dub’s disappearance caused a wave of support and collaboration among many Alaveses, who even organized encounters to search for the dog when his owner had to return to France.

“When we realized that the dog had jumped out of the van we were already 400 kilometers away from Vitoria-Gasteiz,” explained Gabin Regnier himself about the loss of his pet. Finally, Dub’s story has had a rewarding happy ending.