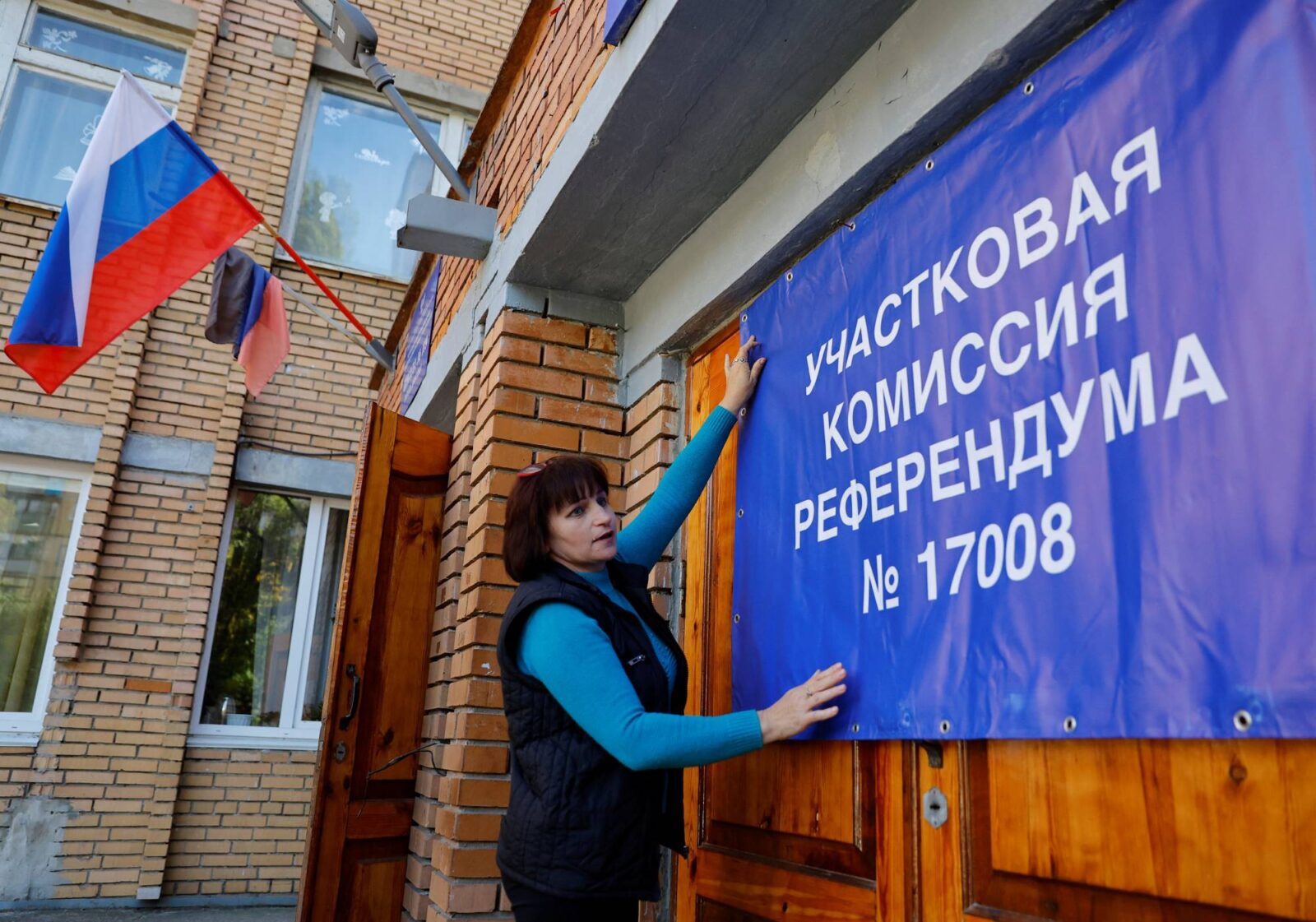 The referendum voting begins in the territories occupied by the Russian forces. Pro-Russians in the Luhansk and Donetsk regions of Ukraine say that everything is ready for the votes to be held these days. A referendum supported by Putin and condemned by Zelensky and part of the international community.

The people of Donetsk, Lugansk, Kherson and Zaporiyia will vote whether they want to belong to Russia or not. The European Union qualifies these referendums as “illegal”. ” All the ballots are already in the polling stations,” the Lugansk separatists’ Central Electoral Commission said on its Telegram channel.

Voting starts today and will last until next Tuesday, from 23 to 27 September. Russian President Vladimir Putin wants to annex these territories and thus have carte blanche to use all his strength and military muscle.

This referendum comes after Putin announced a “partial mobilization” in Russia and thousands of citizens fled the country.

NATO will also not recognize the result because it claims that it is an illegal and illegitimate annexation. Although the international community does not recognize it, for Putin they will be part of the Russian Federation if the voting goes in his favour.