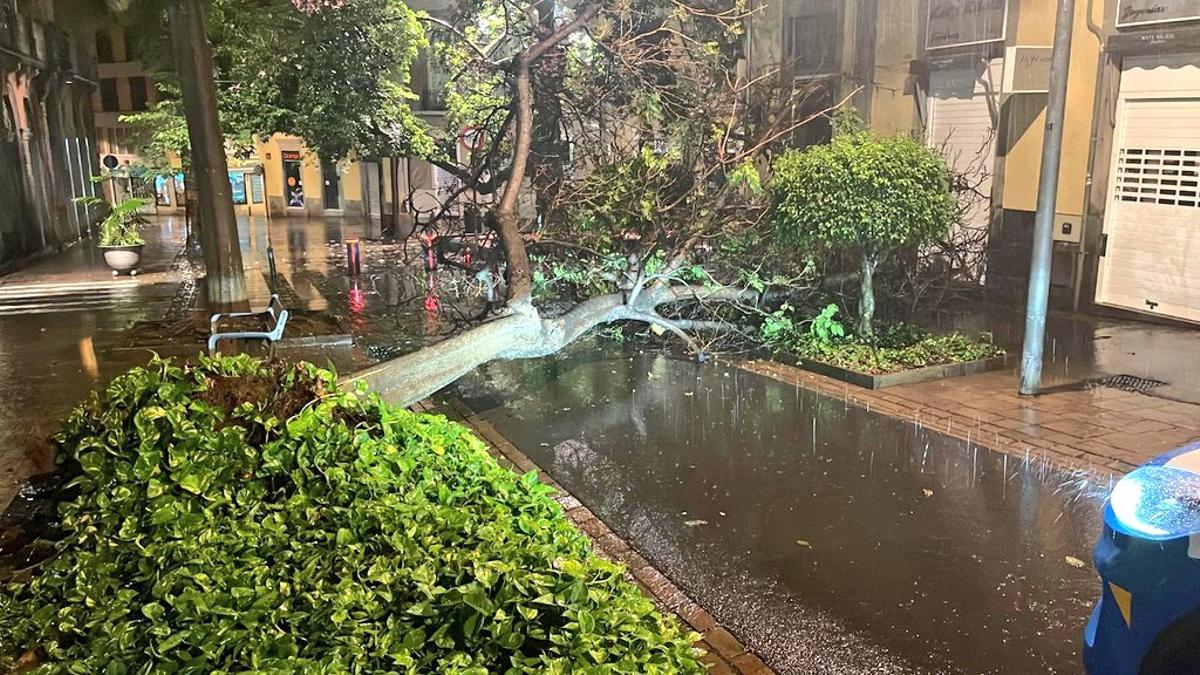 The strong consequences of tropical storm Hermine are still felt in some parts of Spain, especially in the Canary Islands. There, the rains have left in some areas such as La Palma more than 350 liters per square meter.

This has caused the regional government to maintain the maximum alert, which this morning was at red and has now been lowered to orange. There’s more than 250 flights have been cancelled and classes have been suspended throughout the archipelago.

The material damage has been notable: flooding of garages or public buildings, such as the Doctor Negrín University Hospital, which has been affected by heavy rains, around 20 roadblocks after the landslide, stones or branches and problems with the supply of light that has left some 1,800 people without electricity during this morning. However, according to the emergency services, which received hundreds of calls on Sunday, fortunately no personal damage has been recorded.

Before this continuous rain during the last 24 hours, and attending to the weather forecasts for this Monday, the Canary Island Executive has asked to avoid travel and has maintained the suspension of classes for today.

As reported by the State Meteorological Agency, the western islands of the archipelago will again record heavy rainfall, up to 100 liters per square meter, in 12 hours. In La Palma, for example, they will be accompanied by storms and wind gusts of up to 70 kilometers per hour. In Tenerife and El Hierro, on the other hand, storms and accumulations of rain of 100 liters are also expected in 12 hours, while in La Gomera and Gran Canaria the yellow alert is maintained by important rainfall and possible storms.

In the Region of Murcia, for example, torrential rains have also been noted. There is activated the yellow alert for rainfall of up to 15 liters in an hour and for storm risk in the central hours of the day.

This past Sunday, the area of Cartagena has been the most affected: in just one hour, 60 liters per square meter was recorded. Emergency service 112 has received more than 200 calls alerting of different incidents in the last hours leaving Hermine, as problems of landslides in roads floods that left accumulations of more than half a meter of water and images in which cars “sailed”.

Faced with this, the AEMET activated the red alert level yesterday afternoon, something that did not happen since the DANA of the year 2019, which was lowered to the orange level during this morning.

On the other hand, in the Balearic archipelago, the largest accumulations of rain, up to 20 litres in an hour, are expected on the islands of Ibiza and Formentera until early afternoon, and in both cases there is also a risk of a storm; while in the Valencian Community it is possible that it rains until early at night in the provinces of Alicante and Valencia, being able to reach 20 liters per square meter in an hour to 60 in 12 hours.

In Javalí Viejo, in Murcia, a man lost his life this past morning after the flood of water that discharged last night in the town and caused the flooding of several homes.

The body has been found this Monday 300 meters from the house destroyed by water, according to municipal sources. The water apparently entered the ground-floor dwelling at around 2 a.m., and dragged the man, who was sleeping on the sofa at the time, into the stream.