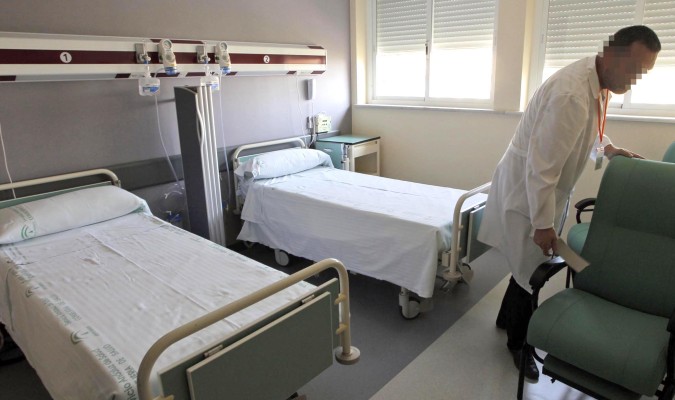 Local media indicate that the alleged perpetrator had been complaining for days that the victim was not letting him sleep. The National Police has opened an investigation.

An old man has been arrested after being accused of the death of another male of the same age. Both the victim and the alleged killer were roommates in the hospital.

The victim was 90 years old. Both were admitted to the Respiratory Patients Unit. The old man hit the victim with the triangle they use to get up from the bed. The alleged assailant is in custody at Valle del Nalón Hospital.

The National Police is investigating the violent death that occurred around 5:00 this morning. The victim’s roommate is under police surveillance.

New Spain reports that the assailant had been complaining about his roommate for several days since he apparently didn´t let him sleep because he made a lot of noise due to his lung deterioration. The same sources indicate to the newspaper that the detainee took the life of his neighbor from bed with the triangle available to patients to join.

The victim’s body will be transferred to the Institute of Forensic Medicine of Asturias for autopsy practice in the next few hours.