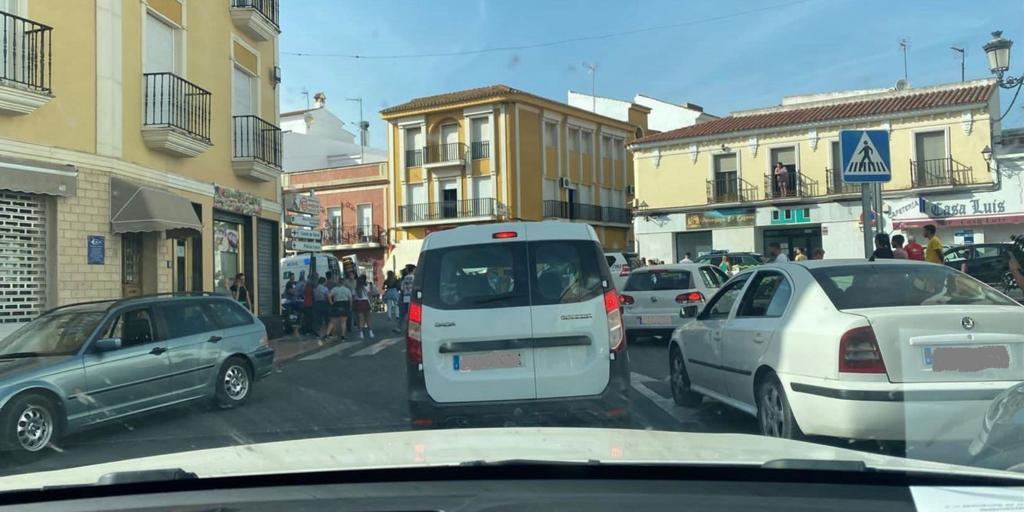 An intentional car accident left one dead and six injured in the town of Gibraleón. Authorities have arrested the alleged driver. The detainee is a local resident, he fled, but was intercepted by the authorities. Neighbors detail what the driver said: `I did it so they don’t laugh at me anymore´.

The neighbors have no doubt that the multiple assault was intentional. At 16:30 this Sunday, the driver began his ‘deadly itinerary’ of the small municipality of Huelva. The vehicle was rammed in the first instance against the terrace of the bar ‘Lusitano’. Afterwards, he drove along the main street until the vehicle reached the terrace of the bar ‘El Apoderado’. The driver continued to a third terrace, the bar ‘La Almazara’.

At the last bar, he backed down to run over three other customers. The minutes after the fatal hit was chaos. Members of the 061 Health Emergency Centre, which has mobilized a helicopter, the Guardia Civil and the Local Police have been on the move.

Locals who witnessed everything explain what happened. One of the customers of the second bar details how close the car went: “For those who were sitting there, he took them all head-on”. ” I knew that Javi was going to die, “said another neighbor about the deceased. “I held him in my arms, but we couldn´t do anything”.

“The man came to kill everyonehe could to go to jail again,” remarked the witness. The detainee is known to everyone in the town. Another witness to the hit-and-run at the last bar said he was “driving by, he stopped and ran over four young men”. This last man says that the driver ran over them saying: “So you don’t laugh at me”. “I like to fix my problems like this,” the man said.