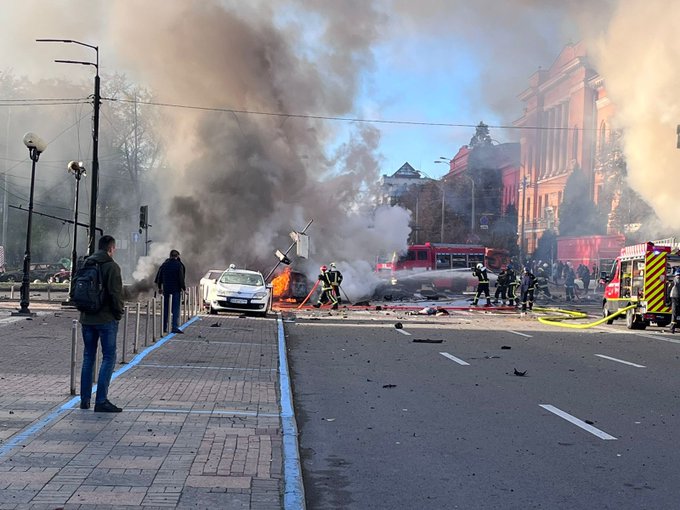 At least five people have been killed and 12 injured after several bombings in Kiev on Monday, in the first air attack on the capital for months, according to the Ukrainian National Police. Police have said that most of the attacks occurred in the city centre.

According to the newspaper The Kyiv Independent, during this Monday at least four explosions occurred in Kiev and columns of smoke are seen throughout the capital. The mayor of the city, Vitalii Klitchko, explained that they have occurred in the district of Shevchenko, a large area in the center that includes the historic center and several government offices. The municipality has informed the population that all underground metro stations function as a shelter.

The mayor has said that “critical infrastructures” of the capital were attacked. Lesia Vasylenko, a member of the Ukrainian Parliament, posted a photo on Twitter showing that at least one explosion occurred near the main building of the Kiev National University in the city centre.