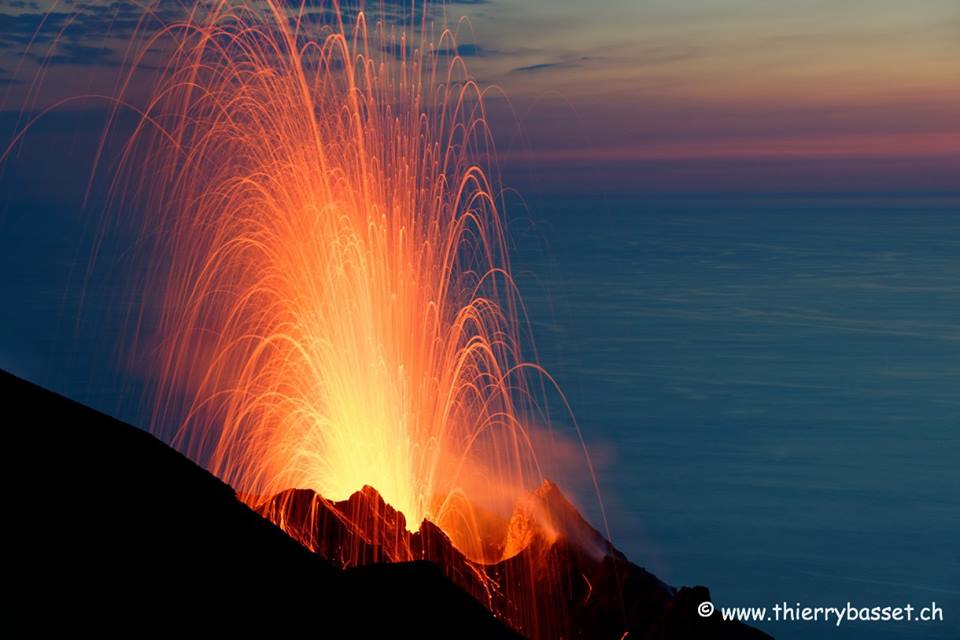 The Italian volcano Stromboli is one of the active volcanoes of the country, located on the homonymous island. On Sunday it erupted, causing a small earthquake of several minutes in the area. The images that arrive from Italy for the phenomenon are impressive. A large column of smoke accompanied the lava river on its way down the slope of the volcano, finally ending up in the sea.

Since 1932, the volcano Stromboli is active, with continuous eruptions off the Sicilian coast. The eruption has not caused any damage, according to the Italian authorities of Stromboli. The town is on the other side of the small island. The phenomenon was accompanied by an earthquake of magnitude 5.1 that shook southeastern Greece about 01:00 hours.

The Geodynamic Intituto of Athens noted that the epicenter of the earthquake was one 13.3 kilometers below sea level in the Gulf of Corinth, about 100 kilometers from the Greek capital. The tremor lasted 15 seconds and was felt more intensely in Attica.